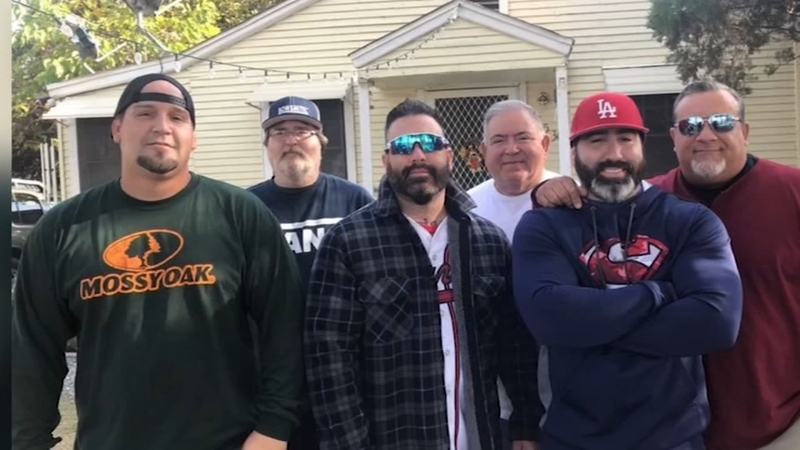 FRESNO, Calif. (KFSN) -- The Jones family is taking on Walmart, suing the world's largest store for playing a part in their brother's murder, a little over a year ago.

"It's about somebody holding the largest retailer accountable for their actions," says Jody Jones, the brother of victim Rocky Jones. "They had no security for their ammunition."

Jones and his brothers, along with their attorney Butch Wagner, filed a lawsuit against Walmart in Tulare County Superior Court on Tuesday.

Wagner says they've filed negligence charges after they say the Tulare store failed to properly store their ammunition, making it easy for the shooter who allegedly killed Rocky to steal several rounds.

"The ammunition was in a cabinet that was not secure," says Attorney Bruce Wagner. "Anyone could reach over and grab as much ammunition as they could, which is what Gustavo did."

Authorities say Gustavo Garcia shot and killed Jones outside of an AM/PM in Visalia in December of 2018.

They say during his deadly rampage, he was also responsible for another murder as well as an officer-involved shooting in Tulare County.

"This person that killed my brother was deported twice, did federal time the second time and came back," Judy said.

In January, Jody and his brothers were invited by President Trump to the State of the Union, where he announced his support for legislation that would allow victims of violent crimes committed by undocumented immigrants to sue sanctuary cities.

The Jones brothers are now hoping that moves forward.

"All it takes is for the president to push this out to the committee," Wagner said. "He has the clout to do that."