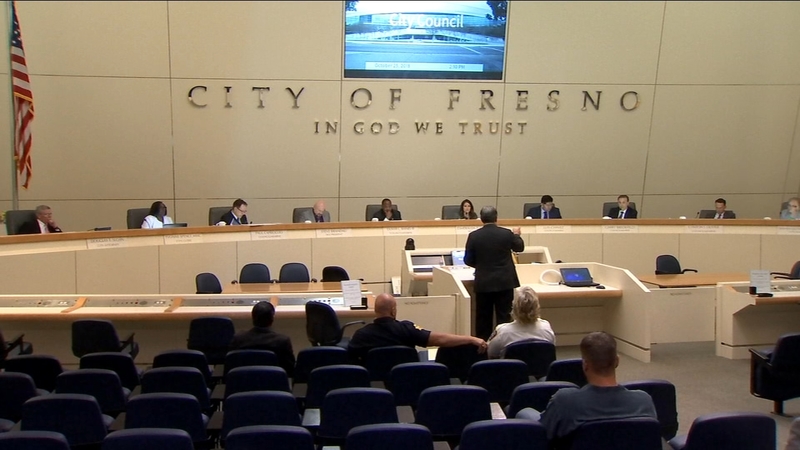 "I used very little, enough to shower at night, before we went to bed but that would have been a heckuva shower. "

The city imposes fines if more than 300 gallons is used in one hour on a day when lawn watering isn't allowed. Neal doesn't even have his sprinklers on.

He and others have posted complaints online. Among those, former City Council Member Craig Scharton, who says he's facing $225 in fines for exceeding the hourly limit.

"Every Saturday I water my fruit trees, so in an hour I might go over the limit but over a day or a week I'm not going over their limit, so if that's the case that's something they've got to fix. "

"Councilman Garry Bredefeld and I are going to bring forth a moratorium on water usage fines until council tackles the issue in January."

Brandau, Bredefeld and Mayor Lee Brand are planning to make an announcement about the issue on Tuesday and the city council is expected to consider the moratorium at their meeting on Thursday. Council President Esmeralda Soria says council members are as confused as residents about the rules, so time is needed to sort things out.

"What's going to happen on Thursday is, we are going to bring the issue to the council and say hey, let's take a little bit of a step back, let's hold off and have all of the information in front of us, also that we are informing the public as to what we are doing."

There's apparently a lack of understanding in the process, and Neal thinks possibly a glitch in the computer system that reads the meters.

"I think there's an error in the system just the way it's reporting."