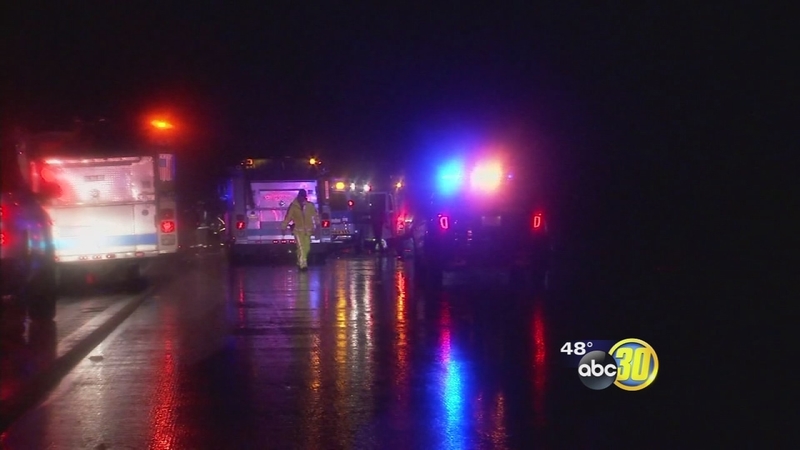 The sound of Christmas on the radio was joined in with the pitter-patter of raindrops on the road. It's the soundtrack for millions of drivers ready for a congested holiday weekend.

"The on ramps weren't too bad, but the off ramps were really bad," Dan Fynaut of Fresno said.

"I saw a few accidents, but for the most part people seem to be taking it easy," Steve Zeiders of Merced said.

AAA estimates more than 103 million Americans are expected to travel. That's the highest level ever on record. Analysts say low gas prices this year encouraged more people to drive. One couple in Fresno spent the last three days on the road while heading to Sacramento.

"It was like coming at us," Brenda Harts from Arizona said. "We didn't know if it was rain or fog. But when it hit us it was fog, you couldn't see very far. So, it was rough."

CHP officers say accidents stalled traffic on all major freeways. Families coming down from the Bay Area found themselves at a standstill on Highway 99 when a car plowed into several others, killing one person.

"Just maybe 10 miles south of here, a 3 car pileup, things slowed down a bit," said Don Benanti who is from the Bay Area.

The rain also caused water to rapidly rise. In Central Fresno, street flooding backed into two homes. Firefighters say city workers are out with pumps trying to drain the water before it becomes a bigger problem from neighbors and drivers