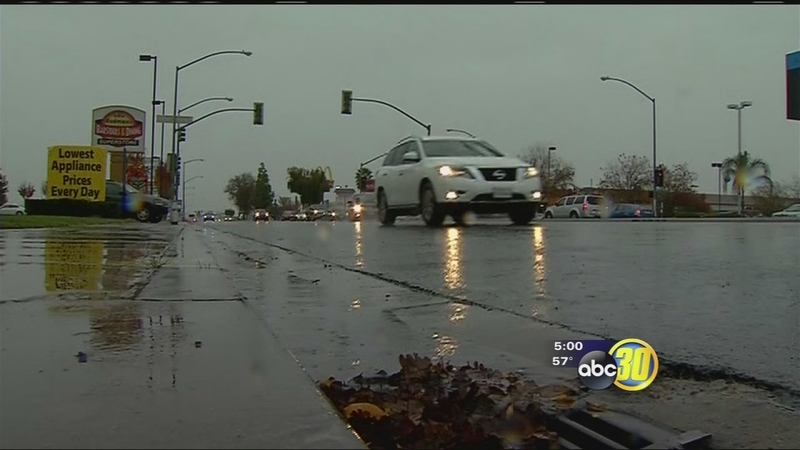 FRESNO, Calif. (KFSN) -- As this heavy storm sweeps through the Central Valley officials are asking people to be prepared for the wet weather.

"We're just trying to prep for rush-hour for tomorrow and we're trying to do whatever we can to mitigate any water ponding that may be happening at streets and intersections," said Mark Standriff, City of Fresno.

City crews were out on Dakota near Thorne Avenues pumping water from a storm drain that was clogged.

The potential flooding and debris is major concern for officials who are worried about the heaviest part of the storm wreaking havoc overnight.

"There's crews on standby, we are constantly assessing what the situation is," said Standriff.

At Blackstone and Nees soon to be college grad Jeromy Jimenez spent several hours outside advertising for Firehouse Subs. The student said he did not mind the rain.

Jimenez said there was one point though where he almost packed up for the day.

"Maybe 20 minutes ago it was going down pretty hard so it was a little hard to be out here."