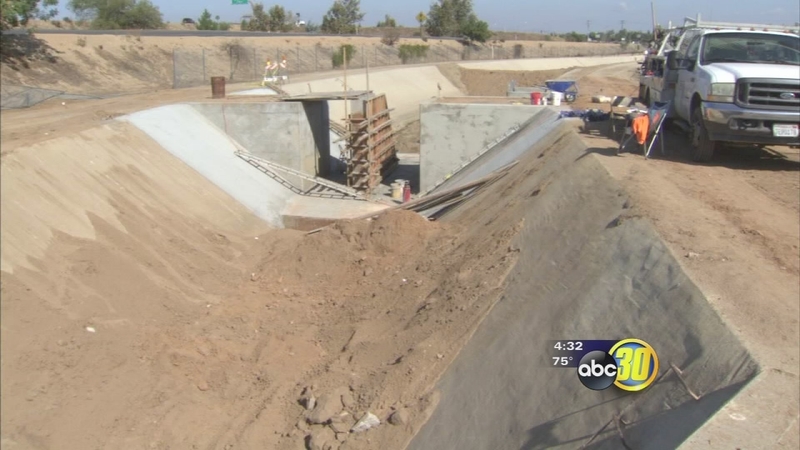 FRESNO, Calif. (KFSN) -- There are 160 urban flood control, or ponding basins throughout the Fresno area, in addition to flood control dams and reservoirs between the city and the foothills.

Pete Sanchez of the Metropolitan Flood Control District says the district's ability to contain floodwaters is better than ever. "Since the last El Nino in 1997 we've probably added 40 pump stations to our system to move the water more efficiently."

We are better prepared than in 97 because we have had time to make more improvements like this.

Some of the flooding in 1997 and 98 occurred because so much water had to be released from Millerton Lake. The Bureau of Reclamations Michael Jackson says the drought has given the reservoir more room this year. "We are hoping we get a lot of water we've got plenty of room for it in our reservoirs. "

Jackson said in case of too much water, plans are to divert more to irrigation districts and farms many of which have created more storage areas. "They can actually help us manage our flood fighting capabilities they are able to take that water put it in a ground water bank or divert it to their fields or some other places so we don't have to release it down the river and cause downstream damages that are associated with high releases."

But despite preparations, flooding can occur. Fresno Communications Director Mark Standriff says city crews have cleared ponding basins and storm drains, but acknowledge there's only so much that can be done. "We are pretty confident that if its just a good steady rainfall we wont have any flooding problems at all, however, if we get a flash rain like we got back in May, that gives us more than a quarter of an inch of rain in an hour then you are going to see some flooding on the streets of Fresno. "