Orange, smoky skies and Bay Area air quality may not improve for days

KGO
By Alix Martichoux and Lauren Gee
SAN FRANCISCO -- The sky over the Bay Area looked apocalyptic once again Wednesday morning, even though air quality in San Francisco, the Peninsula, South Bay, North Bay and much of the East Bay was relatively good.

RELATED: When will smoke clear and air quality improve in the Bay Area? Don't hold your breath

On Tuesday, we had the wind to blame for those smoky skies -- and lack of a smoky smell. The smoke was coming in from the August Complex Fire near Mendocino National Forest, but high winds were keeping the smoke at a high altitude, instead of settling near the surface.

On Wednesday morning, the wind shifted, now bringing ash from the rapidly growing Bear Fire near Chico down over the Bay Area. But at the same time, there's a marine layer that's protecting us, explains ABC7 News Meteorologist Mike Nicco.

"The marine layer is a stable area of air that does not rise, and so we're continually pumping in cleaner air from over the ocean," explains Nicco.

That's why the sky is so dark, with a yellow or orange hue, but you may not smell smoke when you step outside.

"The Bear Fire exploded overnight and it's pumping lots more ash into the air, so we have ash raining into our clean air this morning," says Nicco.

But as most Bay Area residents know, the foggy marine layer usually burns off in most places by the afternoon. So inland areas especially may start to smell that smoke in the afternoon, says Nicco.

Keep an eye on the Air Quality Index as the day goes on to see if you need to shut the windows and take other precautions.

"People should be sheltering in place as much as possible," says UCSF professor Dr. John Balmes. "Stay home with windows closed, ventilation turned to recirculate, and if possible, have a clean air room with a HEPA air purifying appliance."

"When you start to smell the smoke, that's typically when your air quality is already pretty bad," explains ABC7 News Meteorologist Drew Tuma. "So at that point you really have to take precautions."

When will air quality improve? It may be a while, says Nicco.

"The problem is we've got fires all around us. So even when the winds start to shift, like tomorrow we're supposed to get a southeasterly wind, but that will pull all the smoke from the Creek Fire toward us."

Nicco doesn't expect to see much blue sky in our forecast through at least Friday.

In the absence of sunlight, construction workers in San Francisco used lights to work in the dark Wednesday morning.

Even the mayor of San Francisco felt it was necessary to reach out to residents on social media, explaining how the combination of fog and smoke from wildfires was creating the orange sky.

Even the mayor of San Francisco felt it was necessary to reach out to residents on social media, explaining how the combination of fog and smoke from wildfires was creating the orange sky. Then came a public service announcement.

"It hasn't really impacted our air quality yet because of our marine layer and because the smoke is so high," explained London Breed.

In any given afternoon, John's Grill in San Francisco is packed with customers having lunch but the darkness kept them away.

Camron Savarani, general manager at Walnut Creek Ford, said he had to wash his entire fleet of 100 cars that became covered with ash.

Along with the Star Wars-like skies in the East Bay came a downpouring of ash, shocking both business owners and residents.

In Pleasant Hill, the orange patio umbrellas at Jack's Restaurant and Bar matched the orange sky.

"I woke up this morning thinking it was 8:30 at night. It's wild, never seen anything like it," said Bryan Jackson, who lives in Vallejo.

Wednesday's anomaly served as a reminder of what's going on in parts of the state.

"I feel bad for the people who are right in the heart of it right now because this looks terrible, but imagine if you're right there," added Evan Brenner of San Francisco. 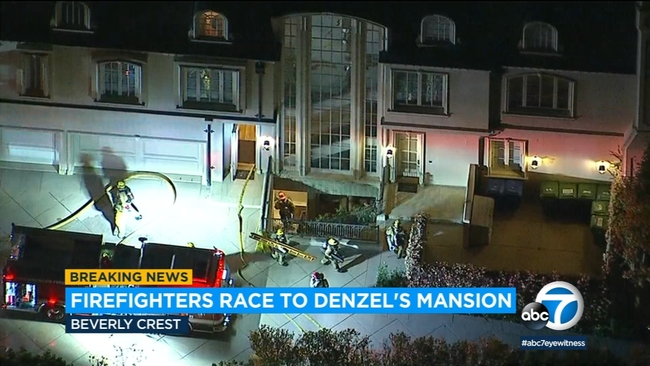 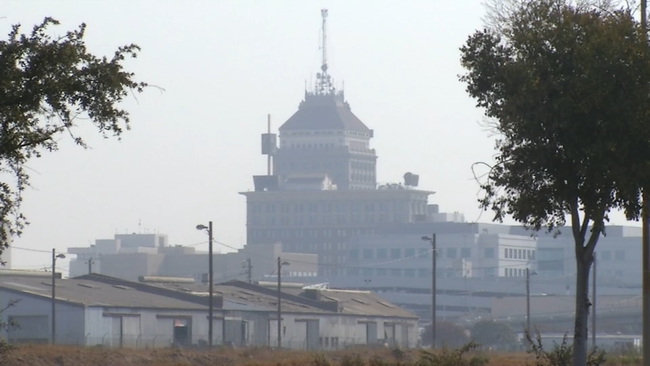