Irma strengthens to a Cat 5 storm as it nears Caribbean 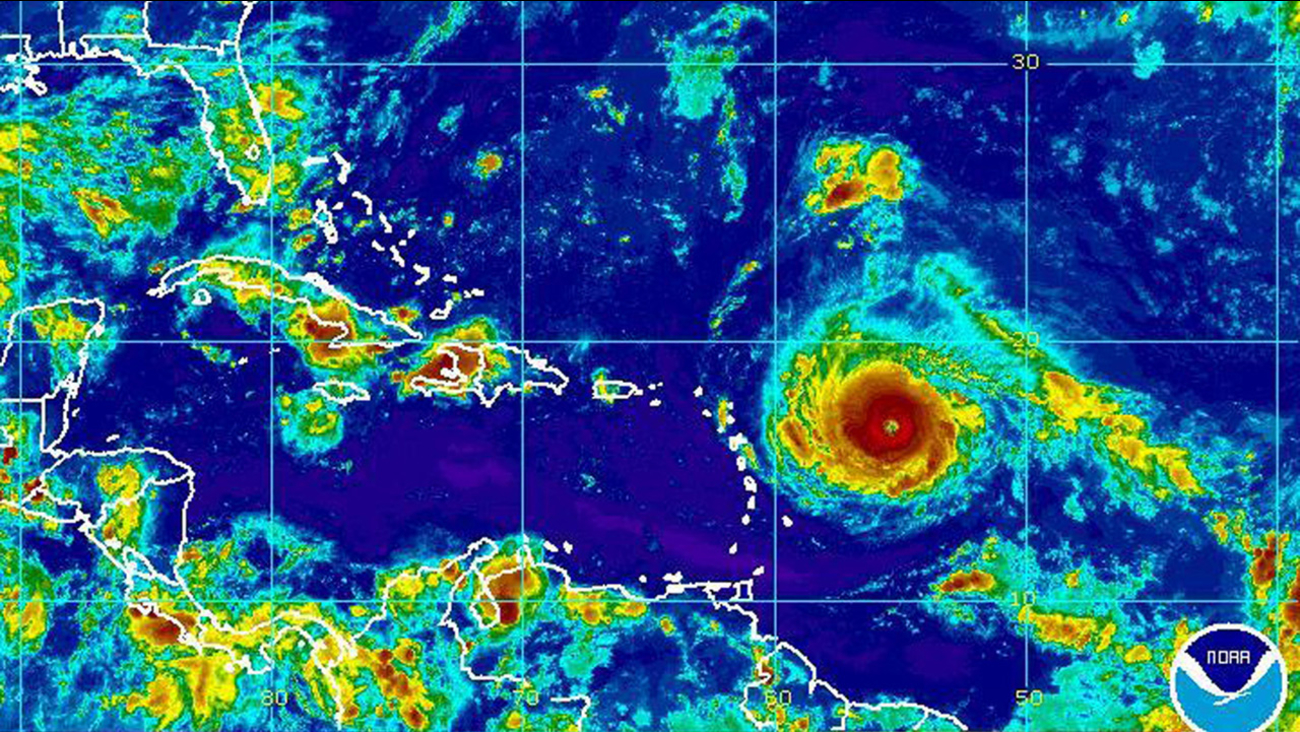 SAN JUAN, Puerto Rico -- Hurricane Irma strengthened into a dangerous Category 5 storm Tuesday as it roared toward the northeast Caribbean on a path toward the U.S.

Irma's center was expected to move near or over the northern Leeward Islands late Tuesday and early Wednesday, the hurricane center said. The eye was later expected to pass about 50 miles (80.46 kilometers) from Puerto Rico late Wednesday.

Authorities warned that the storm could dump up to 10 inches (25 centimeters) of rain, cause landslides and flash floods and generate waves of up to 23 feet (7 meters). Government officials began evacuations in certain islands and urged people to finalize all hurricane preparations as shelves emptied out across islands including Puerto Rico.

"The decisions that we make in the next couple of hours can make the difference between life and death," said Puerto Rico Gov. Ricardo Rossello. "This is an extremely dangerous storm."

Residents on the U.S. East Coast were urged to monitor the storm's progress in case it should turn northward toward Florida, Georgia or the Carolinas.

"This hurricane has the potential to be a major event for the East Coast. It also has the potential to significantly strain FEMA and other governmental resources occurring so quickly on the heels of (Hurricane) Harvey," Evan Myers, chief operating officer of AccuWeather, said in a statement.

In the Caribbean, hurricane warnings were issued for 12 island groups, including the British Virgin Islands, where the governor urged people to evacuate the tiny island of Anegada if they could ahead of the storm.

Vivian Wheatley, proprietor of the Anegada Reef Hotel, planned to stay behind. She said she would stay in one of the hotel rooms and take advantage of the generator since there were no guests.

"We know it's a very powerful (storm), and we know it's going to be very close," she said. "Let's hope for the best."

People in the U.S. territory of Puerto Rico braced for electricity outages after the director of the island's power company predicted that storm damage could leave some areas without electricity for four to six months. But "some areas will have power (back) in less than a week," Ricardo Ramos told radio station Notiuno 630 AM. The utility's infrastructure has deteriorated greatly during a decade-long recession, and Puerto Ricans experienced an island wide outage last year.

"This is not an opportunity to go outside and try to have fun with a hurricane," U.S. Virgin Islands Gov. Kenneth Mapp warned. "It's not time to get on a surfboard."

A hurricane warning was posted for Antigua and Barbuda, Anguilla, Montserrat, St. Kitts and Nevis, St. Martin, Saba, St. Eustatius, St. Maarten and St. Barts, Puerto Rico, and the U.S. and British Virgin islands. A tropical storm warning was in effect for Guadeloupe and Dominica.

Meanwhile in Florida, residents took advantage of the Labor Day holiday Monday to empty many store shelves of drinking water and other supplies in advance of the storm, which could affect the state by the weekend. Also Monday, Florida Gov. Rick Scott declared a state of emergency for the state's 67 counties to give local governments "ample time, resources and flexibility" to prepare.