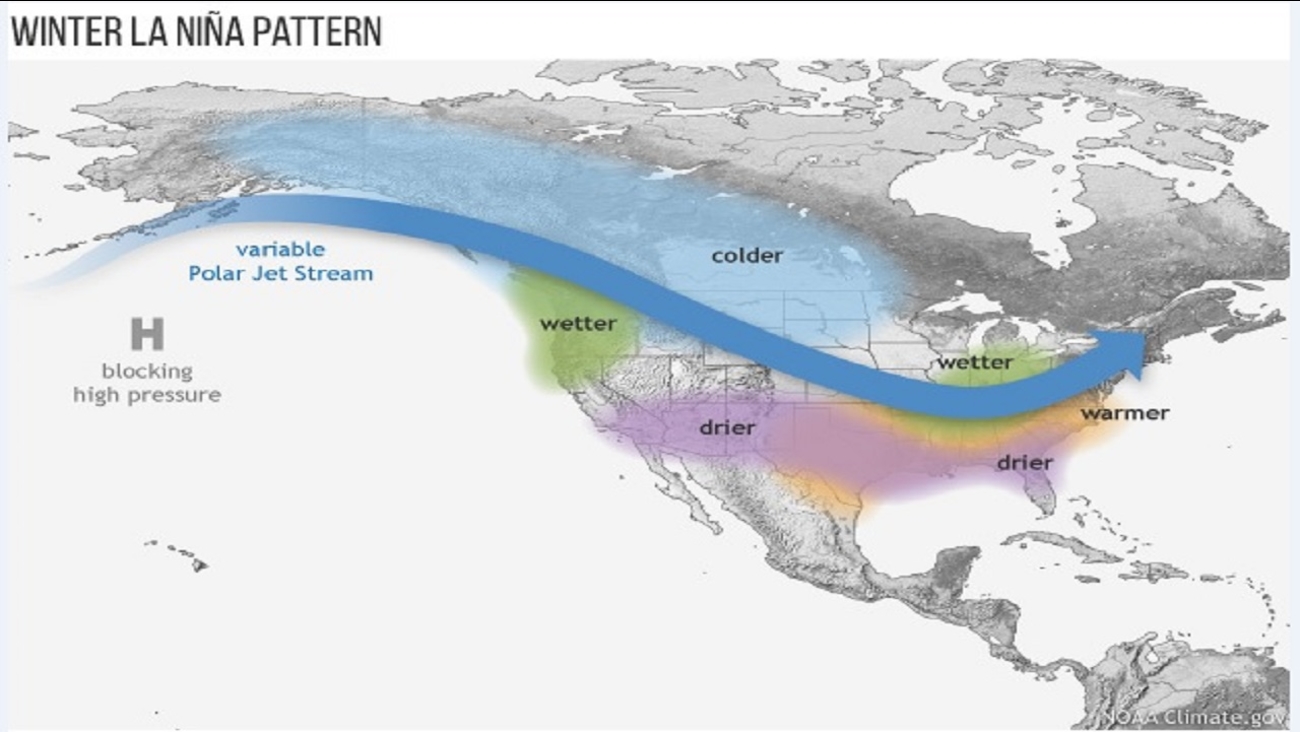 FRESNO, Calif. (KFSN) -- Government Forecasters aren't quite ready to issue a La Nina advisory, but we appear to be getting closer.

The October ENSO (El Nino/Southern Oscillation ) forecast says La Nina conditions are favored during the fall and winter 2017-18. But, the ocean-atmosphere system didn't quite meet the criteria for a La Nina Advisory.

According to NOAA, during La Nina events the polar jet stream tends to shift northward over the central Pacific Ocean, increasing the likelihood of wetter- (or snowier-) than-normal winters in the Pacific Northwest and colder temperatures in much of the western half of the country.

The jet stream also typically leads to dry conditions and above-average temperatures in the southern tier of the country.

Action News Chief Meteorologist Kevin Musso says, "The atmosphere over the tropical Pacific was La Niña-like in September, but the required cooling of the ocean surface was interrupted in the second half of the month. However, the deeper waters in the east cooled further, and forecasters say the odds of at least a weak La Niña by late fall or winter are 55-65%. The next update will be on November 9."
Report a correction or typo
Related topics:
weathercaliforniafresnoclovisvisaliamercedla ninawintersnowrain
Copyright © 2021 KFSN-TV. All Rights Reserved.
LA NINA 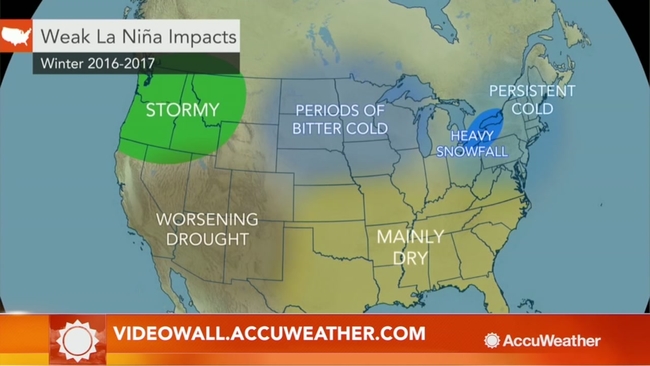 As El Niño ends, La Niña is set to take its place