Much needed rain causes a few problems in the Fresno area 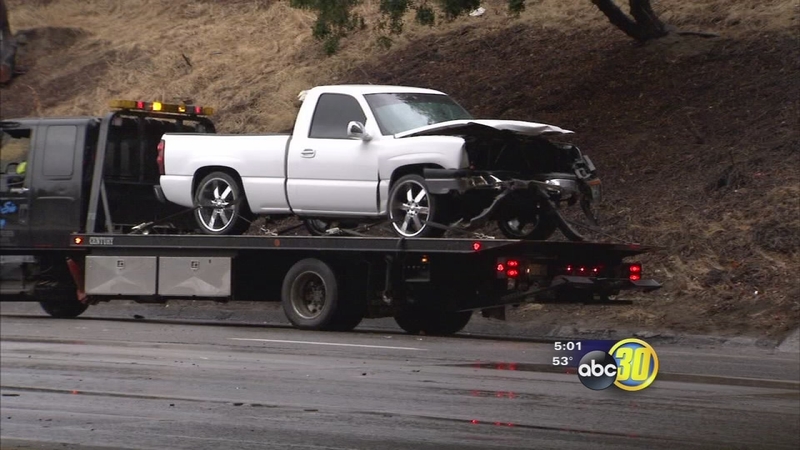 Much needed rain causes a few problems in the Fresno area

FRESNO, Calif. (KFSN) -- Monday's rainfall is expected to be the start of a wet week, but, it's been relatively light and while there have been traffic problems, no significant flooding.

The wet conditions contributed to several accidents in the Fresno area. One of the worst occurred in the southbound lanes of highway 41, near Shaw. At least four vehicles collided on the rain slick highway. Several people were hurt, one appeared to have serious injuries.

A roof collapse made things wet at the Fresno Rescue Mission thrift store on Sierra near Blackstone. "We got called out for a building collapse, so, when we got here we did look through the front door, one of their major glue-lam beams was cracked in several spots," said Don Bier, Fresno Fire Department.

The collapse forced an evacuation of the building and left a big hole in the roof, but it's not clear if the rain caused the collapse.

So far flooding has not been a problem in the Fresno-Clovis area, but street crews were out trying to keep water flowing into storm drains. "So they are out clearing drains, pumping any of our small temporary basins-- where the flood control system is not really built out yet, and making sure that the streets are safe and working well," Scott Mozier, Fresno Public Works director.

In Clovis, the usual precautions are also being taken. Sandbags were ready at the city yard on Sunnyside south of Herndon if needed. "We are not seeing any flooding events, but it's nice if residents can be prepared in advance," said Rob Rush, City of Clovis Public Utilities manager.

One reason we aren't having problems is because fall hasn't really happened yet. The leaves are still on the trees, not clogging the drains.
Related topics:
weatherfresnocloviscar accidentcollapseweatherfresnorain
Copyright © 2021 KFSN-TV. All Rights Reserved.
FRESNO