Overnight storm brought much needed rain, but left a mess in areas of Fresno 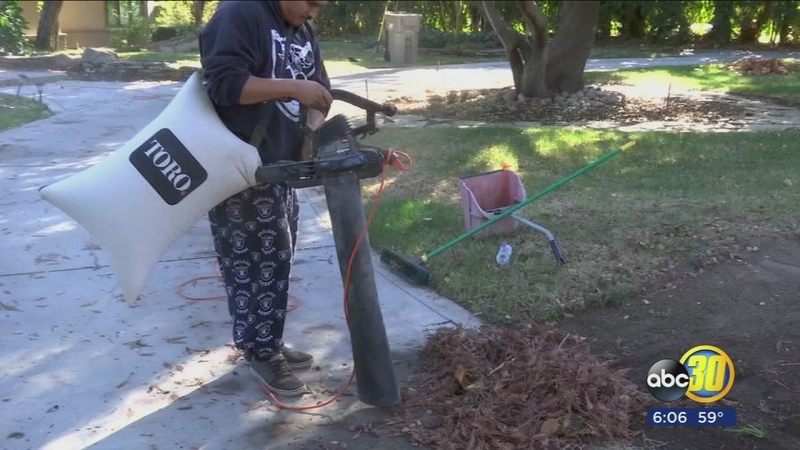 Overnight storm brought much needed rain, but left a mess in areas of Fresno

FRESNO, Calif. (KFSN) -- Crews worked into Friday afternoon to clean up the mess left behind by Thursday night's storm. Tree limbs were knocked down in the Fig Garden area near the intersection of Wilson and Rialto Avenue and other parts of Fresno.

"One of the branches had actually fallen, so they actually had to block the whole street off," said Ilyn Chavez, a worker with Gomez Tree Service.

The rain also left its mark.

Crews were not the only ones who were busy. Ryder Celaya also had his hands full cleaning up his yard.

"It is fall season," said Celaya. "It rained last night so I can probably dig up some stuff maybe hopefully everything will be good by the end of the night. Make everything look nice. Rake it up."

Apart from cleanup, the City of Fresno is working on storm damage prevention.

"We will clear drains," said Mozier. "The street sweepers do a lot of the work picking up leaves in the neighbourhoods which again that helps keep storm drains clean."