Parts of Mariposa County hit by mudslides and heavy rain 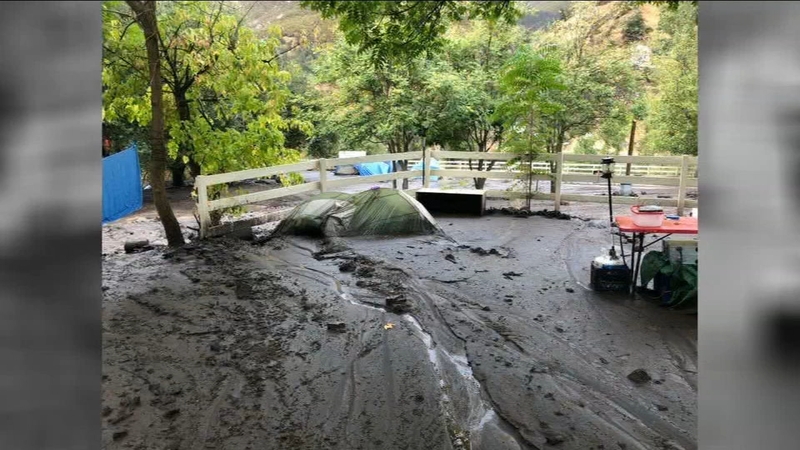 Highway 140 to Yosemite closed in preparation for storm

FRESNO, Calif. (KFSN) -- It's been an exhausting day for workers in Mariposa County, racing to clear mudslides and debris in a steep canyon leading to Yosemite National Park. The heavy rains fell in a notoriously dangerous area that was also scarred by this year's Ferguson Fire. CHP officers say this is just the beginning of a dangerous rainy season.

Highway 140 has not been kind to tourists this year.

"I'm completely blocked at the entry of the road, and what should we do now," asked a French tourist at over the phone to his hotel.

Those who missed the Ferguson Fire earlier this summer now found themselves set back by the fire's burn scars.

"He said sorry you can't go this way, so I looked it up...and the only alternative was to divert via Oakhurst," said Johan Brouwer from the Netherlands. "So here we are after the 136-kilometer detour."

Just up the road, near the hotel reservations, these visitors need to get to are large swaths of mud, trees, and rock. It may have caught tourists by surprise, but certainly not the CHP.

"The canyon walls coming down to Highway 140 are steep so there is always the potential for debris to fall in the roadway to affect traffic. However this year more than normal," said Officer Nicholas Brownfield with the CHP.

Caltrans closed off this portion of the Merced River Canyon as a precaution even before Wednesday's storm hit. The Ferguson Fire this summer burned out hundreds of acres of hillside on both sides of the Merced River, exponentially increasing the possibility of a mudslide. In the river, you can see a thick layer of ash.

"Mother Nature works the way that it does, and sometimes debris will just fall into the road for no reason," said Officer Brownfield.

First responders snapped these pictures of the damage flash flooding left behind today.