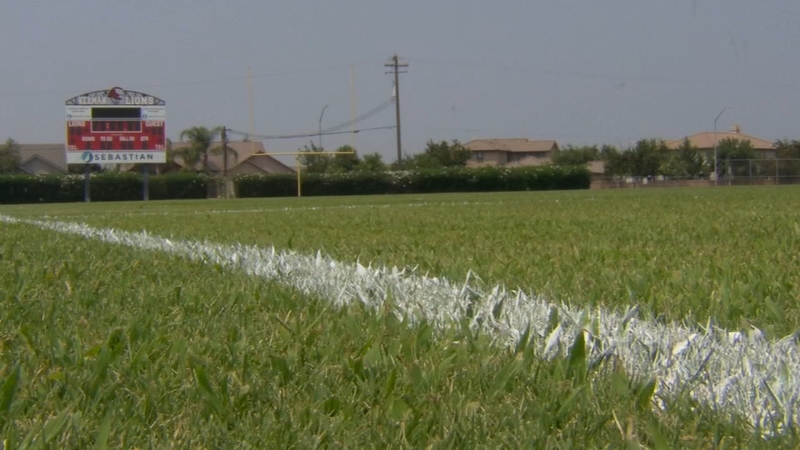 FRESNO, Calif. (KFSN) -- For nearly a month now smoke from several California wildfires has been settling into the Central Valley.

"With the smoke and pollutants that are in the air we just felt that it causes for unsafe conditions for our families and children to be out for an extended period of time," said Madera City Council Member, Will Oliver.

One of the events canceled, Madera's Movies in the Park.

The event at Lions Town and Country Park was to feature the movie "Wonder" and to focus on Bully Awareness and Prevention.

"We had a lot of interest for folks to come out. We realize though that a lot of families, a lot of children would probably stay at home because of the air challenges. So want to make sure this event is available to all," said Oliver.

Over at Kerman High School, Friday night's football scrimmage game is still on but kickoff will be at a later time.

Start times for the J.V. and Varsity games against Fowler High School were pushed back to 7 p.m. and both games will be played on the same fields at the same time.

"So what the plan is and it is a controlled scrimmage, we do have officiating crews coming out for both games. So they will be running from the 40 yards running toward the end zone to the opposite end zones. So it is all controlled," said Louie Vallejo, Kerman High School Athletic Director.

Vallejo said they will keep an eye on the air quality and temperatures during the game. They work with the referees to make sure the health of the football players is a priority.

"The officials are pretty good about allowing extra water breaks during the game and stopping for allowing for those timeouts, heat timeouts, so they can get that water," he said.