KFSN
By Brian Johnson
VISALIA, Calif. (KFSN) -- Jim Van Foeken grows all sorts of fruits on his 30-acre property in Ivanhoe. But citrus is his bread and butter. He sells navels, valencias, and varieties most have never heard of at farmers markets in Visalia and in Southern California.

"It's very time consuming very capital intensive, but we've been at it long enough to where we're viable," Van Foeken said.

It's that time of the year, when citrus operations up and down the Valley brace for sub-freezing temperatures that threaten their crop.

"Right now, it's more critical because the sugar contents are very low, so they're more susceptible to freeze damage," Van Foeken said. "Sugar is kind of an ameliorating factor that keeps them from damage."

Van Foeken is in the heart of citrus country. But unlike many of his neighbors, he doesn't have a wind machine to make his groves warmer.

"We turn the water on early in the day and let it build up," he said.

Foeken relies on water, which can make a two or three-degree difference. He also just hopes that twenty degree temperatures don't last for an extended period of time.

Foeken may not have the technology big-time growers have, but said that is fine. His fruit doesn't have to look perfect, he just hopes it tastes the best.
Related topics:
weathervisaliavisaliaagriculturetulare countyfarming
Copyright © 2021 KFSN-TV. All Rights Reserved.
TULARE COUNTY 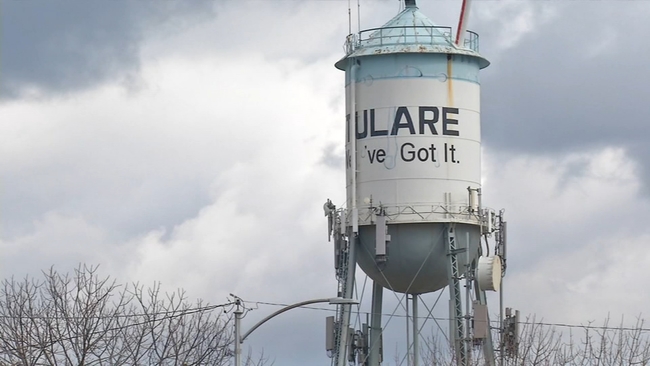