Storm delivered much needed rain and snow to the Central Valley 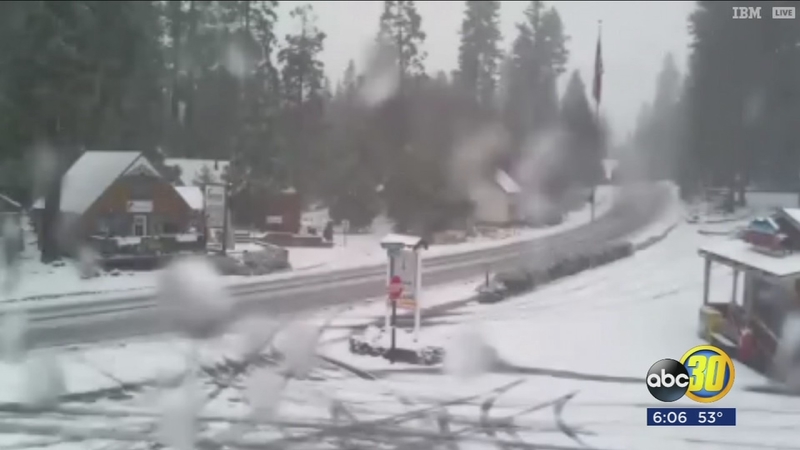 After a weekend of record-breaking temperatures across Central California, a winter-like storm cooled things off and even delivered some rain and snow.

Randy McFarland is with the Kings River Water Association, he says Monday morning's storm was just a drop in the bucket.

"That comes something as a disappointment following what was the third wettest year in Kings River history. Last year, we had we over four million acre-feet of natural runoff from the Kings River," said McFarland.

That runoff flooded the Kings River Golf and Country Club back in June to record high levels. There are still signs of the sandbags used to control the runoff and the river now is just holding water for fish flow.

McFarland says last year's record rain and snowfall season will be a tough act to flow but there is no reason to panic just yet over a dry start this year.

"If we go through December, January and February which are our big precipitation months with below average precipitation than we have to start thinking well maybe the drought isn't as far away as we thought it was," said McFarland.

McFarland says the first snow survey of the season takes place on February first. That is when we will have a sign on where the season is headed.

At China Peak, the ski resort received two to four inches of snow but officials there say they need plenty more before skiers can hit the slopes.

China Peak Ski Director, Nick Cohee said, "We'll have cold enough temperatures to make snow the next couple days at night. However, we still need another storm or two to get things going."