Unprepared travelers get caught in first snow of the season

KFSN
By Nathalie Granda
PRATHER, Calif. (KFSN) -- Donna Bridges, store manager of the Falcon Junction in Prather, said business is up as rain and snow continues to come down.

She's had to restock the essentials, the most popular item -- tire chains.

"We quit selling them. W started selling them again this year. I don't think they're going to last very much longer. That's a good thing. We're going to have to get more," Bridges said.

With snow already covering the mountains and roadways, and a Winter Storm Watch in effect until Thursday night, she said folks are coming in regularly.

Dylan Lerner was plowing snow near the Shaver Lake area and said drivers were sliding off the roadway.

"There's a lot of snow, and a lot of cars parked on the side of the road just left there," Lerner said.

Jessica Iriye, with D&K towing, said they helped six people who were stuck in the snow on Wednesday.

At one of their calls, they caught the moment a California Highway Patrol officer helped a family that was stuck in the snow by giving their son with special needs his own boots.

She said the family didn't have chains.

"Nobody was hurt; everybody got out of the snow line. Make sure you have your chains. Don't wait until you're stuck to put them on," Iriye said.

Law enforcement and towing companies only expect the number of calls to go up as more travelers head home or up the hill this weekend.

Fortunately, Bridges said she'll have plenty of tire chains for those who need them.
Report a correction or typo
Related topics:
weatherprathersnowstormweathersevere weather
Copyright © 2021 KFSN-TV. All Rights Reserved.
WEATHER 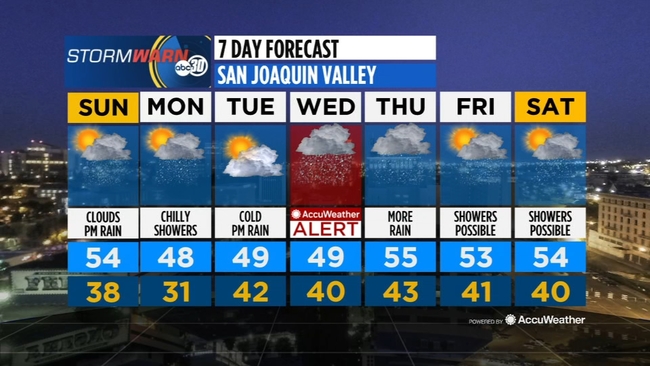 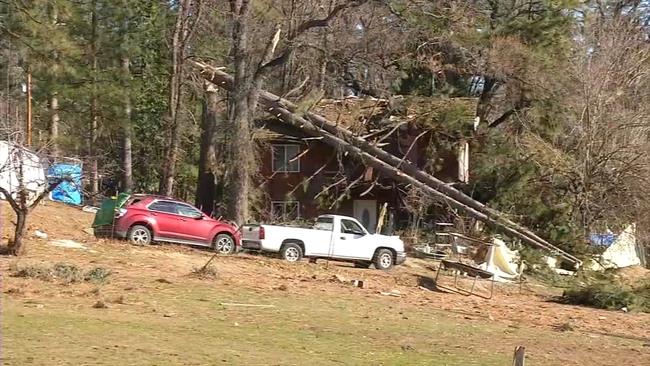 Storms will bring rain to Valley, snow to Sierra over the next week
More Videos
From CNN Newsource affiliates
TOP STORIES