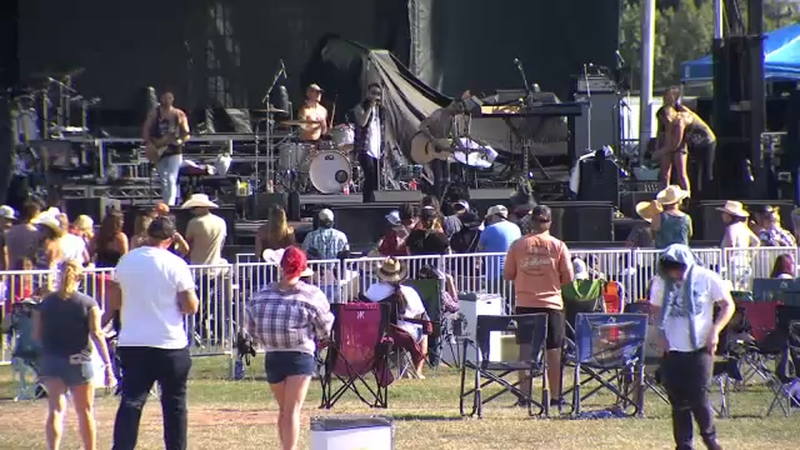 Not event triple-digit heat could keep the public from the return of country music festival Boots in the Park.

"It is going to be the time of our lives, so that is why we are here," says Kirsten Haupt.

Attendees took cover from the blistering sun where they could.

Some were fortunate enough to find shelter under a tent, while others resorted to the shade of fences and food trucks.

RELATED: Tips for staying safe during a heat wave as the temperature rises

Others were unfazed as they embraced the heat and sung along with performers.

The intense heat meant a busy day for American Ambulance.

Paramedics were on standby at the Boots in the Park and officials say they responded to several calls there.
Paramedic Tiffany Rangel says when temperatures rise above 100 degrees, they tend to get more 911 calls.

"Afternoon is a peak time for us during the heat because that is when we are at the peak of our heat," she said. "That is also when people have been out in it for hours."


With the heatwave sticking around and another large-scale event planned this weekend, Rangel is encouraging people to stay hydrated and drink in moderation.

"Alcohol is dehydrating, so obviously if you are drinking alcohol, you need to keep that in mind," she said. "Alcohol and heat don't mix, as much as everybody likes a cold drink."

RELATED: Heat stroke or heat exhaustion: Do you know the difference?

Her recommendation is people pre-hydrate. This means people should drink enough water the day before an event leading up the event.