Wet weather made for hazardous roads 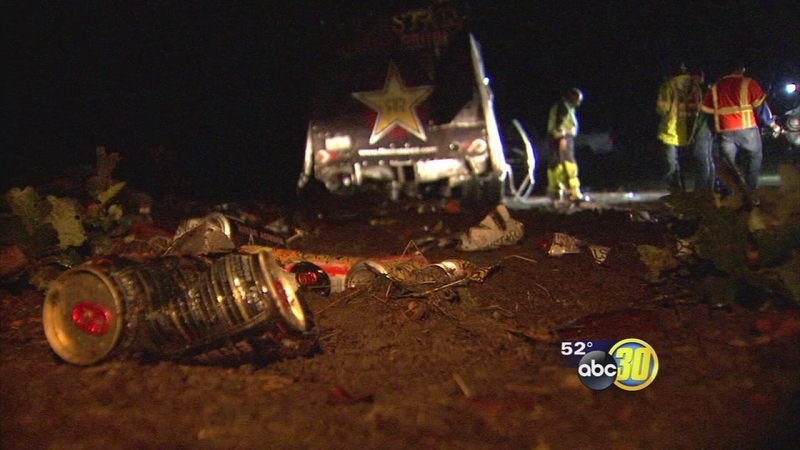 Wet weather made for hazerdous roads

FRESNO, Calif. (KFSN) -- The wet weather caught some drivers off guard. There were dozens of accidents all over the Valley and one was fatal.

The rain was coming down hard when a Rockstar truck crashed on Highway 41 in Madera. Witnesses said it hit the shoulder, lost control and flipped end over end down an embankment into a tree. A witness who didn't want to be identified said, "all we heard was a big crash, bang, it sounded like thunder at first."

The truck landed in the witnesses' backyard and he ran outside. He says the driver was on the ground, still breathing but he died moments later. "It's a pretty sad thing to see, someone passing away like that, doing their job, you know," the witness said.

On Monday, it was the worst crash on the 41 but it wasn't the only one on the highway. There were several fender benders and spin-outs on the 180 and the 99. CHP Sgt. Ron Dechamplain counted 22 collisions in the Fresno Area at the beginning of his shift, which was 2 in the afternoon. Sgt. Dechamplain said, "There's a few folks who accelerated when they shouldn't have or braked when they shouldn't have or didn't allow enough space cushion in front of themselves."

Alex Flores avoided the highway because he couldn't see through his windshield. His wipers were old so he took surface streets to the nearest O'Reily Auto Parts store to replace them. "It just smeared from the dirty rain coming down on the windshield," Flores added, "it just smeared it all over the place and made it really foggy and really hard to see out of."