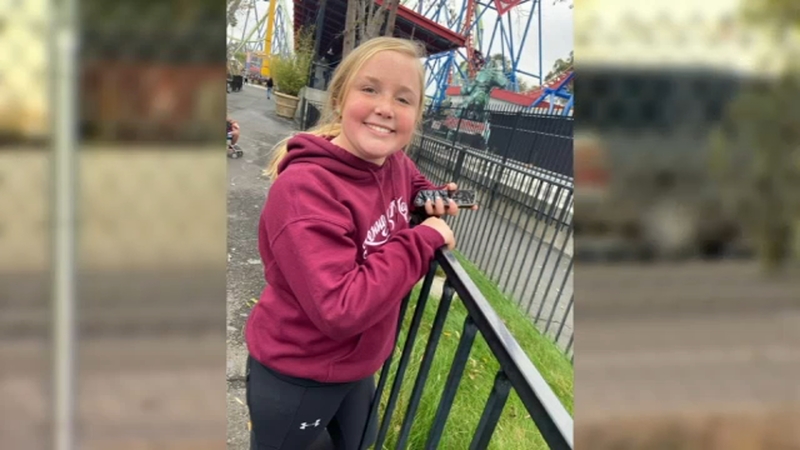 FRESNO, Calif. (KFSN) -- It's been almost a month since Natalie Giannini got the phone call.

Her two girls were headed from Tuolumne County to Six Flags to celebrate Rylee's 11th birthday with their dad, his girlfriend and her son.

But the day would turn out to be anything but celebratory.

Just before reaching Clinton Ave. on southbound 99 in Fresno, their Toyota Corolla was rear-ended.

The California Highway Patrol says a man in a Dodge Ram truck was speeding and didn't see traffic was stopped.

Everyone in the car was hospitalized for their injuries, but 11-year-old Rylee would never make it out of the hospital. She fought to survive several severe injuries before passing away last week.

Rylee's mom and her 12-year-old sister, McKenzie, say the love from their hometown of Tuolomne is what's been getting them through the tragedy.

"It's helped me cope with all of this knowing the amount of support we have," Natalie said.

People showed their love for Rylee on the field with softball jerseys, by purchasing hats, bracelets, and stickers are all keeping Rylee's spirit alive.
"Knowing that other people can feel the same way about me, about everything and I am not the only one that feels so heartbroken," McKenzie said.

Now, Rylee's family is preparing for her funeral this weekend. A funeral that CHP says wouldn't need to happen if the driver of the Dodge Ram would have slowed down.

"This driver cannot take back his actions for not paying attention or being in that rush," says CHP spokesperson Mike Salas. "He, unfortunately, caused the death of a very young child and took an innocent life."

Rylee's family hopes drivers think about her the next time they get behind the wheel.