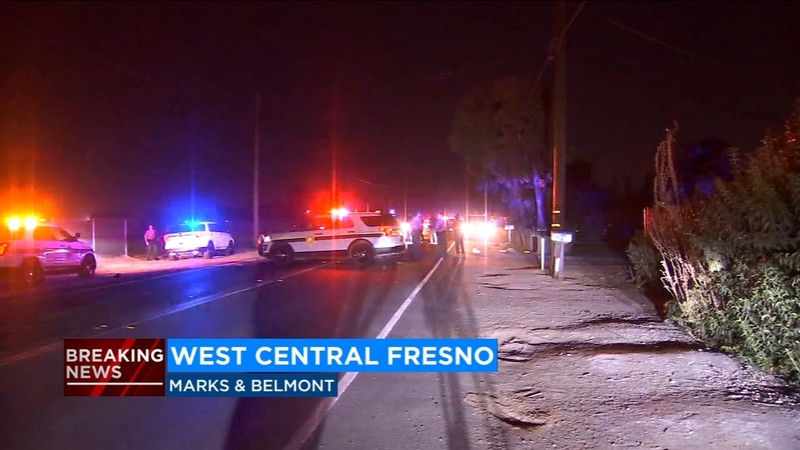 FRESNO, Calif. (KFSN) -- California Highway Patrol officers say the victim is in critical condition, and that he sustained serious injuries to his head from the collision.

Officers say they got the call around 9:15 p.m. The 90-year-old man driving a Ford pickup hit a man on his bike along Marks Street.

Emergency crews found the victim passed out, and he was given CPR

When the victim became conscious, he was taken to the hospital.

The street is very dark, and officers say the victim was riding in and out of the roadway.

Authorities say the driver did not see him and remained at the scene and cooperated with officers.

Drivers say they were in the area earlier, and claim the victim was on the roadway and that many other cars were trying to avoid him. The CHP could not confirm that information but plan to speak to witnesses.

"I'm sure we'll talk to neighbors either tonight or tomorrow morning. We'll come back, and canvas the area. If that's the case, we'll find out about it," said California Highway Patrol Sgt. Edward.

Officers don't have the victim's identity just yet.

The victim did suffer serious injuries to his head.