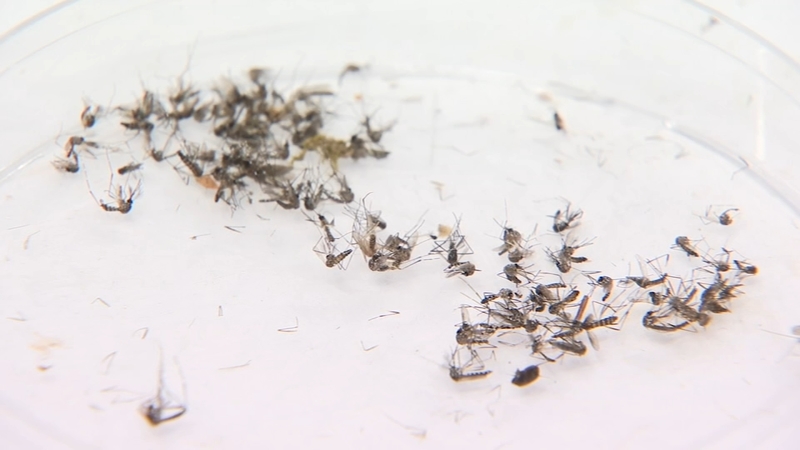 FRESNO, Calif. (KFSN) -- One northeast Fresno homeowner says she goes through six bottles of insect repellents a week to protect herself.

She lives in the neighborhood that tested positive for mosquitoes carrying the West Nile Virus.

That homeowner, Laura Segeru, says after hearing stories of people in Fresno County using bug spray but still contracting the deadly disease, she has realized there's only so much protection it can offer.

But this summer she says it's been worse.

"I got the result August 7, and they sent me a PDF saying we were positive for the virus."

It's not the kind of news Segeru was expecting to hear.

However, she took comfort in knowing the district would be out to treat the problem routinely.

"They had come through the neighborhood, I'm presuming, during the evening with a fogger vehicle."

But Segeru says that treatment vehicle only came through once and she quickly learned from the abatement district they had no plans to return.

Action News tried reaching out to the Mosquito Abatement District, but so far we have not gotten a response.

There is this statement though posted on the Nextdoor app that reads in part:
"We have recently been inundated with mosquito complaints and requests for setting traps throughout our district. The number of requests have exceeded our capacity for a timely response."

In the meantime, Segeru and her neighbor are taking matters into their own hands, doing what they can to combat the mosquitoes infected with West Nile. They are just hoping the county will listen to their concerns and do more to protect them.

"People are dying. Finding the virus doesn't help when you won't treat it more than once. You have a job. It's a public service, so let's do that quickly before winter."

A recent report by the state shows that more than 25 people in Fresno County this year have tested positive for the West Nile Virus.