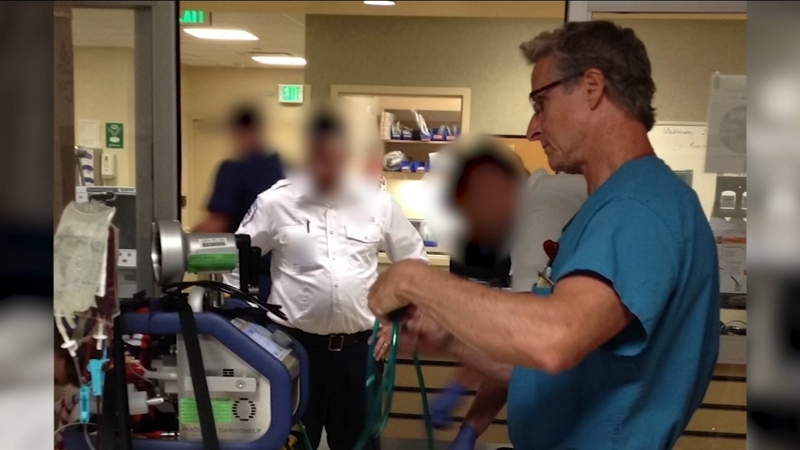 FRESNO, Calif. (KFSN) -- For three decades, James Robillard worked at the Community Regional Medical Center in Downtown Fresno as a director of perfusion, running the heart-lung machine during surgeries in OR room.

He says the hospital fired him from that job four years ago after multiple malpractice lawsuits were filed against a doctor he blew the whistle on.

That doctor, Pervaiz Chaudry, was considered one of the best heart surgeons in the state of California.

Robillard knew Chaudry well and risked his over six figure salary to blow the whistle on the surgeon he witnessed putting patient's lives at risk.

Robillard says it all started in August of 2011 after a patient of Chaudry's was brought in for emergency heart surgery.

"He came in, was reported drunk when he got to the hospital. Six months later we get Mr. Perez's surgery. Dr. Chaudry left the surgery before it was completed. The patient bled out and he got calls and he was out to lunch," he said.

That patient Silvino Perez never woke up the same, leaving him in a vegetative state.

Another patient, Gregory Riddle, died one day after Chaudry's care, according to a family attorney.

Attorney Peter Bradley represented Robilard, who was fired from his 30-year job for allegedly violating HIPPA -- patient privacy rights -- to alert family members of Chaudry's action that fined the hospital.

"Now the same hospital had not told those patients that they had been fined $75,000 because of Dr. Chaudry malpractice, but when Mr. Robillard is in fact protecting patients, the patients are told he is the bad guy," said Peter Bradley, Robillard's attorney.

And Robillard's other attorney, Andrew Jones, believes the hospital ignored the behaviors because Chaudry, whom he called "morally bankrupt", was bringing in over $60 million a year for performing over 300 surgeries.

"He simply had no patient concern. I think in this instance they were preserving a stream of income from a very lucrative doctor and they really did not care to reveal his inadequacies to the general public," Jones said.

Robillard is now encouraging people to not turn a blind eye to misconduct.

"When you see egregious things like we were seeing here, you have to step up and do something."

And after three months of arbitration, the arbitrator awarded Robilard $4.5 million in a case he has been fighting for three years - a case this whistle-blower says is less about money and more about standing up for what is right.

In addition to the $4.5 million awarded, the hospital also has to pay Robillard's attorney fees.