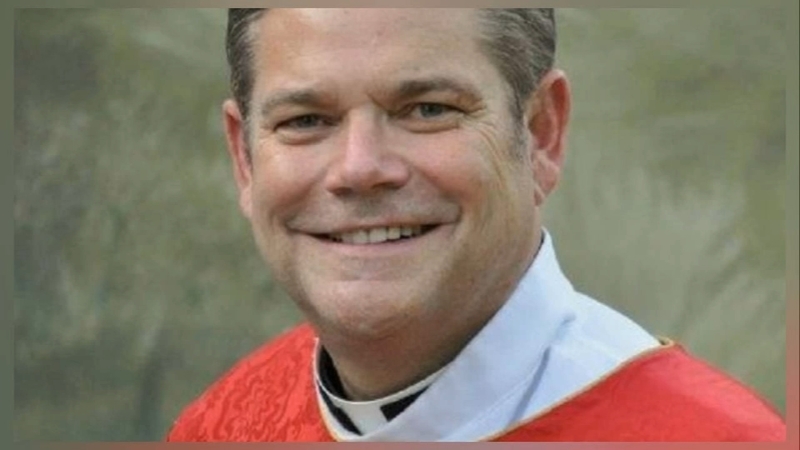 FRESNO, Calif. (KFSN) -- News that Monsignor Craig Harrison will not face criminal charges has sparked a wide variety of reactions. Some of his former parishioners praised the decision.

"We are innocent until we are proven guilty, and I think they went out of their way to do a really thorough job of investigating," says Bakersfield Parishioner Mike Lapham.

But representatives from a non-profit known as Survivors Network of those Abused by Priests, or SNAP, said it's a heartbreaking conclusion.

"I feel sad for the victims," says Melanie Sakoda. "It's not a surprise. I know most victims come forward too late for charges to be filed because of the statute of limitations."

Sakoda says victims often wait to make reports for many different reasons, but the state only allows prosecutors to file most sex abuse cases until the victim turns 40 years old.

In the Fresno County case, the man accusing Harrison of abuse during his time at St. Joseph's in Firebaugh is older than 40. The monsignor also faced accusations in Merced and Bakersfield, but authorities in both of those jurisdictions also declined to pursue charges.

"I'm hoping the Fresno Diocese will look seriously into the allegations," Sakoda said. "It's very rare for false allegations to be made, and when you have multiple allegations, it's even rarer for all of them to false."

The Diocese released a statement Saturday saying its investigation will resume, and "Msgr Craig Harrison will remain on paid administrative leave." Meanwhile, Harrison continues to maintain his innocence, and his attorney is pledging to fight back.

"This is a big deal and we are very happy, and I know he feels a sense of relief," says Attorney Kyle Humphrey. "By tomorrow, we will be back working on it because we did not like the press release the character of it by the Fresno DA. It's completely unprofessional, and we will be looking for any legal ramifications on that and we will continue our investigation."