FRESNO COUNTY, Calif. (KFSN) -- Fire crews were scrambling to battle five grass fires that erupted within minutes of each other on Monday in Fresno County. Three of the fires flared up along Highway 180 east of Clovis, and two others burned on Academy Avenue at Shields Avenue and at Herndon Avenue.

Order and location of wildfires reported on May 4, 2015

Air tankers had to be called in to deal with the sudden eruption of nearly half a dozen fires whipped by winds. Each of the blazes spread quickly. A total of about 100 acres was blackened in the five locations. The fact they all started within minutes of each other was suspicious, but at least one was caused by a vehicle.

"The causes of the fire some we know were unrelated because they were related to a vehicle malfunctioning and caught on fire, but the remainder are still under investigation," said Capt. Ryan Michaels with Fresno County Fire/Cal Fire. 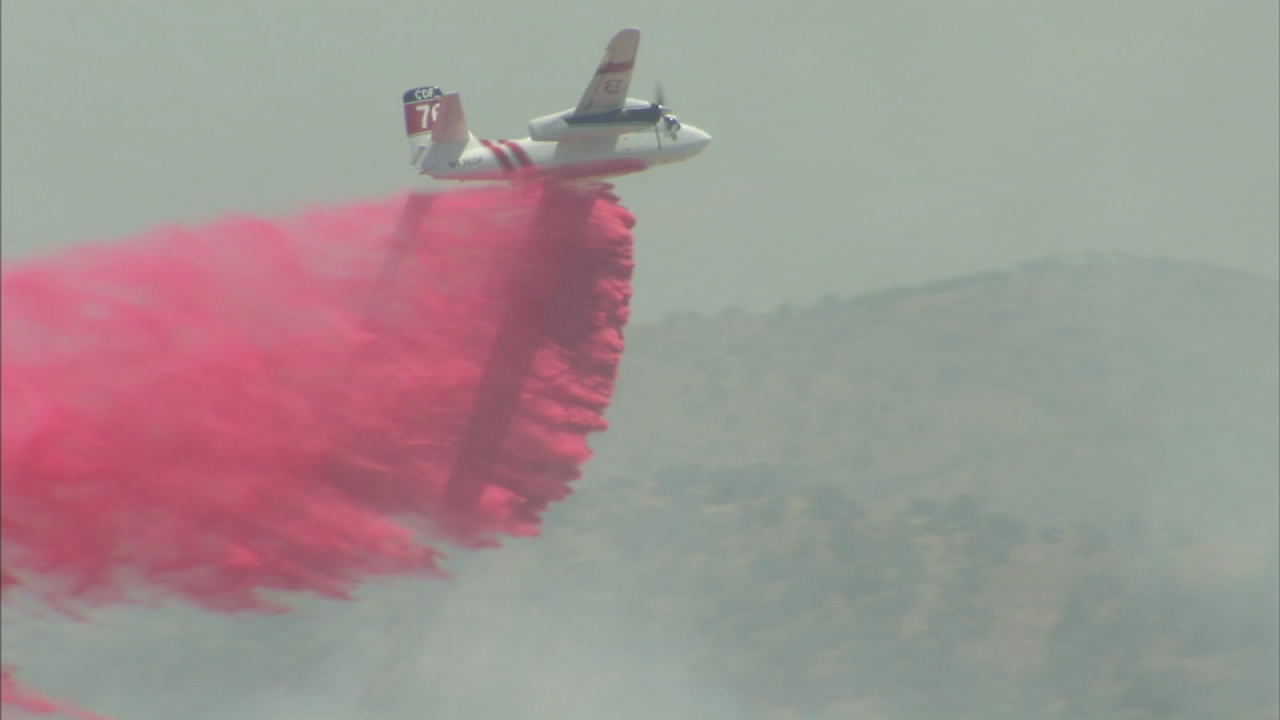 RAW VIDEO: Grass fires burn in Fresno County
Crews battled multiple fires in Fresno County on Monday.
Only one has definitely been linked to a vehicle fire. The rest could have been caused by chains from a truck hitting the road, causing sparks or something like that, but nobody is sure. It is just a reminder of how dangerous conditions are when things are this dry.

"Accidents do happen but with the dry tinder fuels that we have, we need to make sure people are towing vehicles, if the vehicle malfunctions or if they pull off to the side of the road, just be extremely careful. The grass is dry," said Michaels.

While the fires did not cause any serious damage, the number of fires that broke out all at the same time had fire crews from several cities responding, spreading firefighters dangerously thin.

Crews battle a series of fires along Hwy180 pic.twitter.com/3F9ln4ds4r