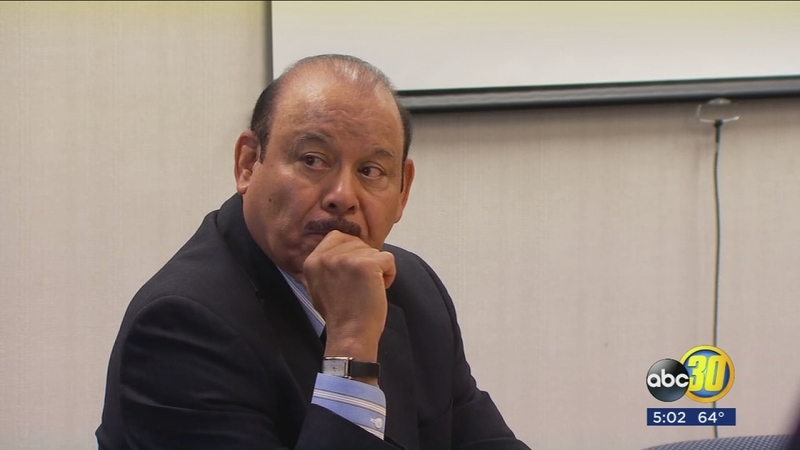 FRESNO, Calif. (KFSN) -- "He's a doting grandfather, he's a good man. I have no reservations. I never had any reservations about him being around my child or any child," said defendant's neighbor Alita Bryant Taylor.

The judge will not allow Action News to show the faces of civilian witnesses testifying in the trial against a former police officer and deputy sheriff. Friday, six character witnesses, and even Rex Garcia's son, Seann said they never saw any red flags or concerning behavior.

"Everything was normal, just like your family would be normal," said defendant's son Seann Garcia.

One of those who took the stand, former Fresno Police Officer who maintains a friendship with Garcia--William Trollinger described Garcia as above board and caring. He has breakfast with him nearly every Saturday.

"I've always known him to be truthful to me," said William Trollinger.

Over the years, friends who see Garcia regularly said he has never given them a reason to believe he is anything but an honest man.

"Would socially get together. We both ride motorcycles and would do runs here and there. Barbecues that type of thing," said Debra Lucas.

A sex abuse expert also took the stand to tell jurors about some side effects adolescents may show when they have been molested or undergone a traumatic event.

"Please understand that sometimes children are still conflicted and when they are sitting here they are really conflicted. I give credit to a lot of kids who sit here in this scenario and you're going to ask them very embarrassing and uncomfortable things," said David Love.

Garcia is accused of inappropriately touching his step-granddaughter on several occasions. The girl's father became suspicious after she told him she awoke in the middle of the night to find her pajama bottoms missing and the defendant standing there.