KFSN
FRESNO, Calif. (KFSN) -- A woman is dead after walking in the middle of a highway and being struck by a car in Central Fresno.

It happened around early Monday morning on Northbound Highway 99 near the Olive off-ramp.

The driver says he didn't see the woman on the road.

She was pronounced dead at the scene.

"We did have a witness that actually saw her a moment after she was hit, and he was actually making a call to 9-1-1 to report the pedestrian and was exiting the freeway to come back, so it was shortly after he returned, she had already been struck," said California Highway Patrol Sgt. Nathan Hunt.

CHP says the driver is cooperating in the investigation and was not hurt. 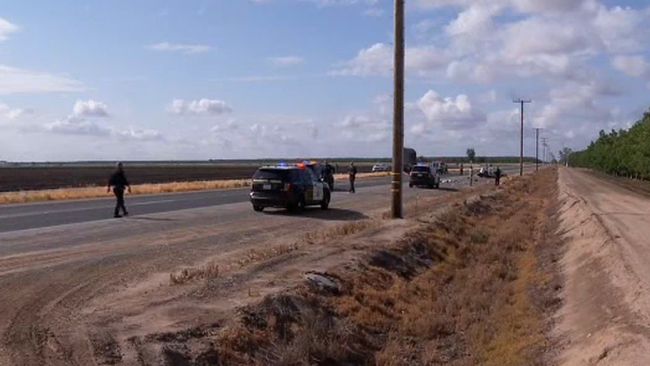