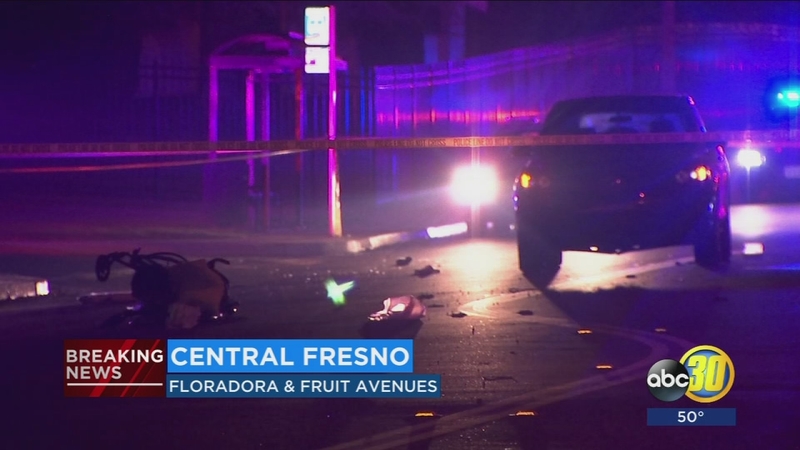 Woman in wheelchair is dead after being struck by a vehicle

One woman is dead after she was hit by an SUV while crossing the street in her wheelchair.

The incident happened in Central Fresno near Floradora and Fruit Avenues.

Fresno Police say the 65-year-old woman was not near a cross walking while trying to cross the street.

Officials say the driver, a 26-year-old woman, is cooperating with police and was going the speed limit when the accident happened.

Fresno Police Sergeant Douglas Zavala said, "The driver was unable to see the wheelchair until it was too late, as the driver applied the brakes they stuck the wheelchair.... it had been determined later that woman in the wheelchair was deceased."

Drugs and alcohol are not believed to be a factor in the crash.