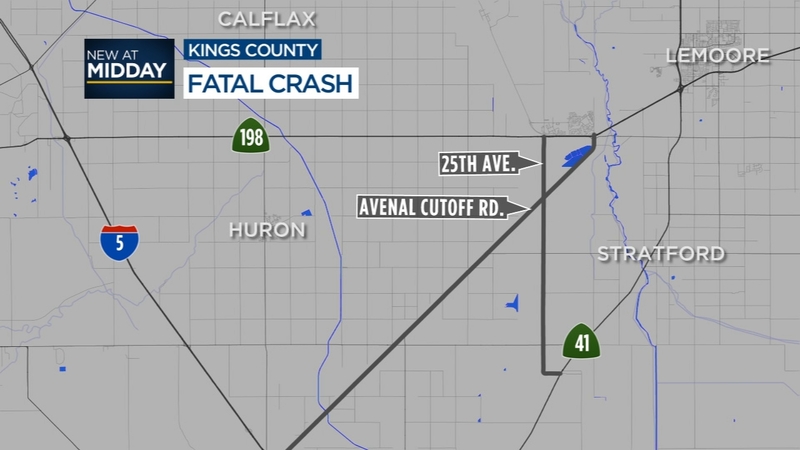 KINGS COUNTY, Calif. (KFSN) -- The California Highway Patrol is investigating after a woman was killed in a crash in Kings County late Tuesday night.

Officials say the woman was driving south on Avenal Cutoff Road near 25th Avenue when she tried to make a three-point turn.

An oncoming big rig traveling north on Avenal Cuttoff Road hit the woman's Lexus as she made the turn.

The car then hit another semi-truck that stopped in the southbound lane while the Lexus turned.

The woman was airlifted to Community Regional Medical Center in Fresno, where she later died.

Both big rig drivers were not hurt.