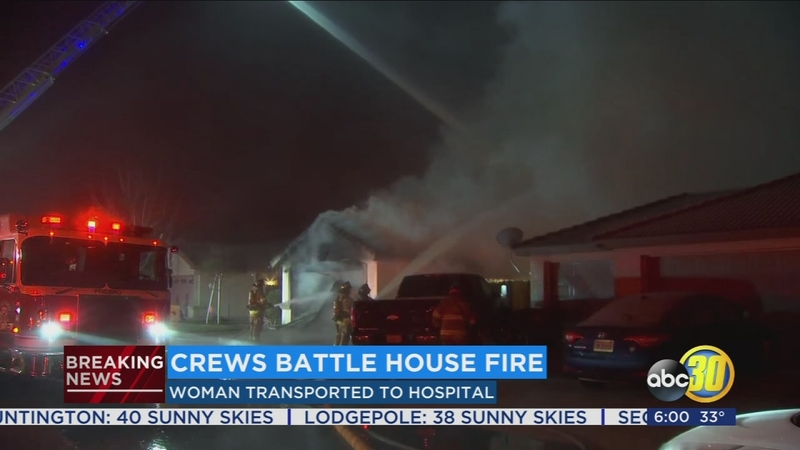 FRESNO, Calif. (KFSN) -- Fire officials are on the scene of a house fire at Chennault and McCaffrey in Northwest Fresno.

Officials said a woman woke up around 4:30 to find her house on fire and was unable to call 911 and had to run to a neighbor's house to call.

All four people were able to escape the flames.

The woman was transported to the hospital, her injuries are currently unknown.

Firefighters said the homeowner was burning a candle which is what sparked the blaze. The occupants of the house attempted to put the fire out themselves but were unable to.

This is the second house fire in Northwest Fresno crews had to fight Thursday morning. Another took the life of a man at a home on Rialto near Marks.