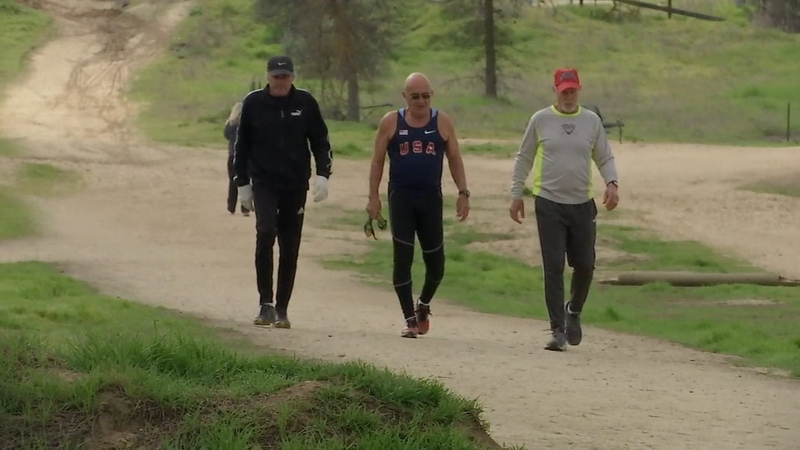 For 25 years, a group of runners have been training in north Fresno.

Every Tuesday morning at Woodward Park, you'll find a trio that has been training together for more than two decades.

"We do it for our health, we do it for camaraderie, and the joy of being able to come out have fun, and run till we go down to our knees and there's no better feeling than that," says Luis Pannarale.

"It puts us in a category of maybe 99% of the population men or women can't do this, but we do it and the exhilaration that the sports gives us," he says.

Steve Hardison began his track and field career at Roosevelt High School where he set a pole vault record in 1968 that still stands today. The former Rough Rider went to Fresno Pacific and UCLA before qualifying for the Olympic trials in 1976.

"I broke the American record at 40. It's also neat to have a goal, you lose track of that when you're done with college," says Hardison.

Four years ago, Hardison was diagnosed with stage 3 colon cancer. He's now in remission - something he shares with Dennis Duffy.

"I had two four stage cancers, Hodgkin's lymphoma and non-Hodgkin Follicular lymphoma and my running saved my life," Duffy says.

Going on 10 years cancer-free, the 78-year-old has no plans of slowing down.

Duffy teaches psychology at Clovis Community college, coaches speed work on Saturday's with the running group and plans on competing in the next Masters World Championships in Finland.

"I had a goal, I wanted to sprint on 6 continents, I'm a sprinter. Three years ago, after my cancer, I made a comeback I went to South Korea. I have medals on five of the continents."

Every five years, a Masters athlete moves into a new age group with a chance to beat another record.

The trio proves that age is just a number.

A friendship built on support through the toughest times have found solace through their passion of running.