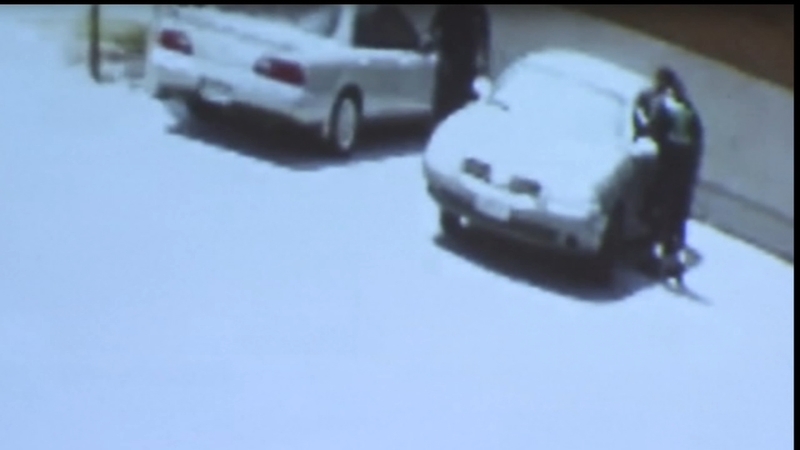 FRESNO, Calif. (KFSN) -- A Fresno Police detective testified Tuesday about what happened as the heat was turned up on two suspects accused of killing a barber.

By the time officers confronted them, they had a mounting stack of evidence against Marquise Graves and Jahleel McGruder.

From the beginning, the defendants wanted nothing to do with the crime scene. In fact, they denied being in the area.

Then officers produced pictures taken from surveillance videos, and it was hard to deny.

Prosecutors say video of the day Brajoni Freeman was killed shows the defendants pulled their car in backward and got out, still wearing their work shirts.

But when investigators first contacted Graves, he denied it. Then they showed him proof and he started talking more.

Detective Mark Yee said, "He said he was there on his lunch break to purchase cocaine."

Inklings of truth were what detectives said they initially got from Graves and his alleged co-conspirator McGruder.

Officers served a warrant at Graves mother's apartment and found a 9-millimeter gun she said he kept there. Investigators then showed her a short video clip.

Yee said, "I asked her if she recognized anybody." Prosecutor William Terrence asked, "What was her response?" Yee replied, "She said, 'I recognize my son.'"

Based on surveillance videos, captured from a nearby apartment complex, officers believe the defendants were inside the victim's apartment for just three minutes, long enough to take drugs, money and commit murder.

Detective Yee said when he saw the crime scene, there was bloody footprints through it, marijuana on the stove and spilled cocaine on the kitchen floor.

Investigators also revealed an hour before the murder, Graves called the victim.

McGruder's girlfriend was also interviewed by officers. Detectives say she wasn't up front at first when she was questioned about McGruder being in her car during a traffic stop last August.

"She said she lied because she loved him and didn't want to admit he was there," said Yee.

Prosecutors have added gang enhancement charges, they allege both defendants are members of a gang.