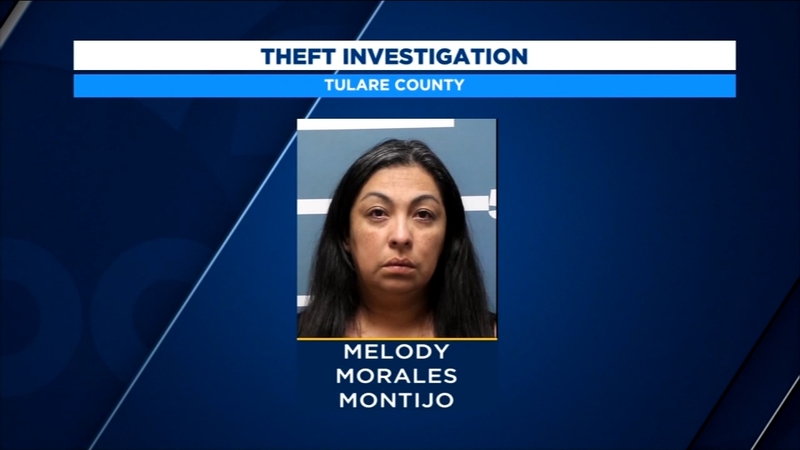 PORTERVILLE, Calif. (KFSN) -- Melody Montijo has only worked at the Tulare County Superior Court in Porterville for a year.

During that time, authorities say she was stealing cash from her co-worker's purses.

People started to notice missing money in late May, and that's when the sheriff's office started their investigation.

"We've never had a problem like this in the past," said Tulare County Superior Court Presiding Judge Brett Hillman. "I think employees do feel secure here, I guess that's why they left their property available."

They used bait money, sophisticated equipment, and SmartWater technology as part of their investigation.

Since it was introduced at the sheriff's office last year, SmartWater, the odorless, invisible and traceable liquid has been placed on hundreds of pieces of agricultural equipment and led to the arrest of a handful of ag thieves in the county.

In this case, SmartWater was applied to the bait cash.

The sheriff's office says Montijo took it and deposited it into an ATM, but detectives recovered it through a search warrant.

They say the SmartWater on it matches the liquid found on her body when she was arrested on Thursday.

"We're disappointed that a court employee was implicated but we're certainly grateful to the county sheriff for pursuing their investigation and locating a suspect," Hillman said. "It's hard on employee morale when thefts are going on within the courthouse in employee areas."

Montijo is accused of stealing more than $1,000.

The sheriff's office says she also confessed to the series of crimes.