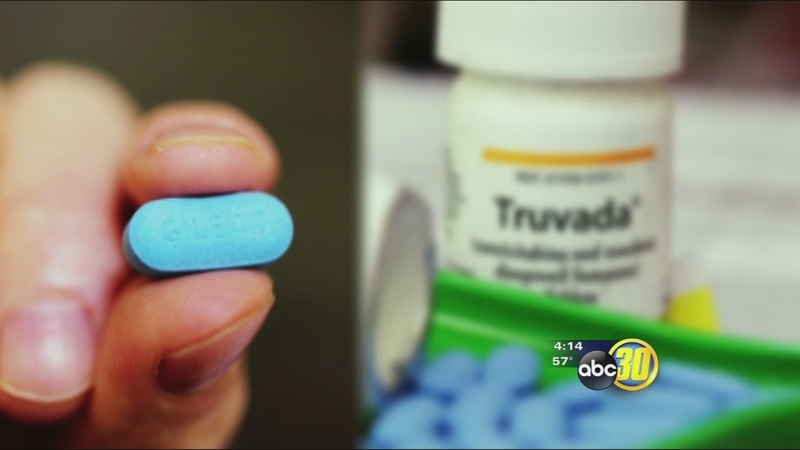 FRESNO, Calif. (KFSN) -- Tuesday marks World Aids Day and despite the fact aids has killed an estimated 39-million people to date there's a growing controversy over a pill that can prevent the potentially deadly infection.

PREP, Pre-Exposure Prophylaxis, was virtually unheard of until September. That's when it got its primetime moment on ABC's hit show How to Get Away With Murder.

PREP is a pill taken once a day to prevent contracting HIV. According to the CDC, people at high risk who should be counseled for PREP include about one in four sexually active gay and bisexual men. When taken every day, PREP can reduce the risk of getting HIV from sex by more than 90-percent.

New York City's Department of Health's doctor Demetre Daskalakis played a major role in getting the drug, Truvada, FDA approved for HIV prevention in 2012. "The way it works in prevention is really similar in that you have a level of the drug that develops in cells-- target cells for HIV infection, so if someone is exposed to HIV and HIV happens to get in that cell, all of a sudden it hits a major stop sign and it cannot reproduce its own genetic code. If it can't produce a genetic code, it can't become a replicating virus and it can't cause an infection."

But not everyone is applauding this other "little blue pill".

Michael Weinstein is the president of the Aids Healthcare Foundation. They're a non-profit currently caring for more than half a million HIV AIDS patients around the world. "If people take this drug, they're not going to use condoms. In the recent studies that have come out, you had as much as 50-percent of all the people who were in the study had styes-- that's sexually transmitted infections. So to be clear, this drug does not protect you against Syphilis, Gonorrhea, and Chlamydia. We have sky-high rates of those diseases."