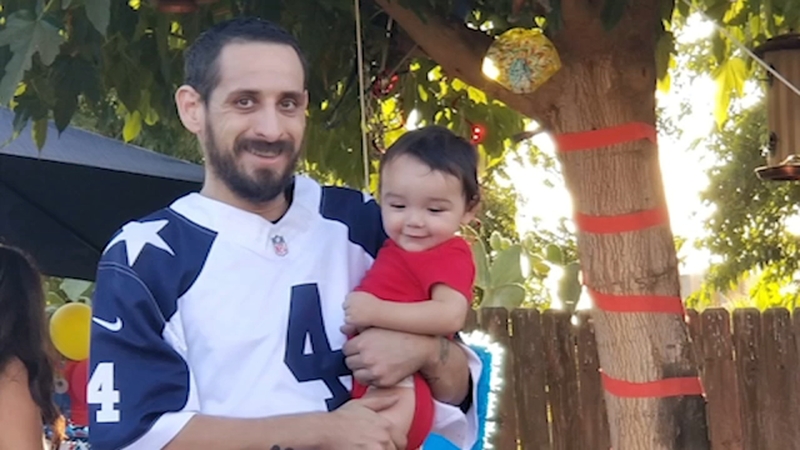 FRESNO, Calif. (KFSN) -- Fresno grandparents are pushing for punishment for the man accused of murder after their grandson died from terrible abuse just three days shy of his third birthday.

"We never expected anything like this," said Alfred Acosta.

"There are no words to describe it," said Christina Acosta.

Xander Villalobos died in October and on Wednesday, his mother's boyfriend pleaded not guilty to murder.

Xander filled his family with a joy now shaded by sorrow.

"He was a beautiful little boy, loved so much," grandfather Alfred Acosta said through tears.

"He loved to run around and jump and play and Papa (Alfred) would lay on the floor and he would jump on top of him," grandmother Christina Acosta said.

On the day his grandparents planned to celebrate his third birthday three days early, they got the news of Xander's death instead, just more than a year after losing his father, Josh, to cancer.

"508 days apart from each other," Christina Acosta said.

Prosecutors say Xander was the victim of child abuse so bad, it killed him.

They charged 23-year-old Aaron Moton with child abuse causing death, then added a murder charge Wednesday after an autopsy was completed.

His defense attorney says Moton has always maintained his innocence and he's eager to question witnesses in the case.

"He can write down questions or tell me things - whether someone's telling the truth or lying - you know, add to his own defense," said Scott Kinney. "So that's the reason we need live witnesses."

The Acostas wore T-shirts in Xander's memory to court Wednesday.

They tell Action News they'll follow the case to the end, waiting for justice and trying to fulfill their son's dying wish.

"Josh fought cancer for 14 months and when it got near the end, Josh, all he kept telling us was to please take care of Xander," said Christina Acosta.

Xander wore a Kobe Bryant Lakers jersey in one of the photos his family shared with us.