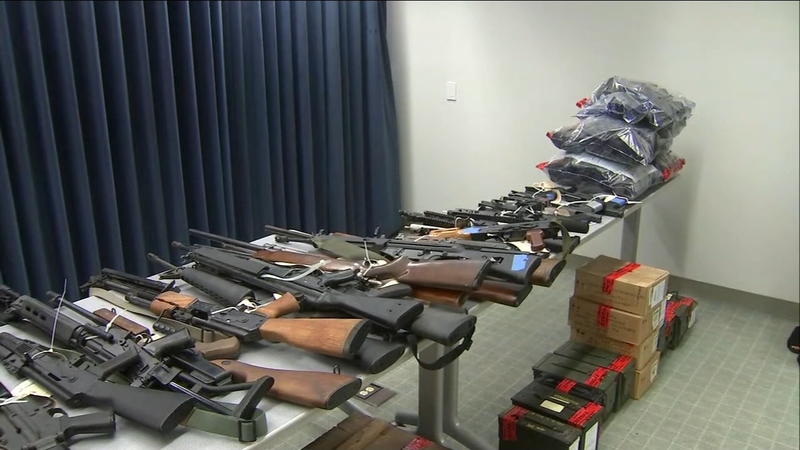 FRESNO, Calif. (KFSN) -- A new effort to take guns away from those who have fallen out of grace with the law is underway.

Monday, law enforcement announced a new partnership that's aimed at getting even more weapons out of the wrong hands.

The first partnership is with local deputies in the Los Angeles area. But Department of Justice agents are also working in the Central Valley.

Using a database, they are tracking down guns that should have been turned over as part of a serious criminal history or conviction.

A total of 109 handguns, shotguns and rifles were taken over the past four months from people who were illegally keeping them.

Agents also review restraining orders and address dangerous individuals who have been determined to be illegally owning guns.

The Fresno Police Department isn't part of a formal state team. But Lieutenant Mark Hudson says removing guns from felons, criminals, and gang members is a top priority for officers and detectives.

"Every day, every week, every month, every year we take a number of guns off the streets. When officers make these contacts and when they do these investigations and find somebody is prohibited from possessing a handgun," said Lt. Hudson.

California is the first and only state to track these statistics. The Department of Justice agent in charge of Operation Dual Force says their mission is often difficult and usually time-consuming.

"It sounds like you can run out and grab somebody's gun and knock on the door and everything's fine and it's never like that. It is slow and tedious work but we are making good progress," said Special Agent Supervisor Samuel Richardson.