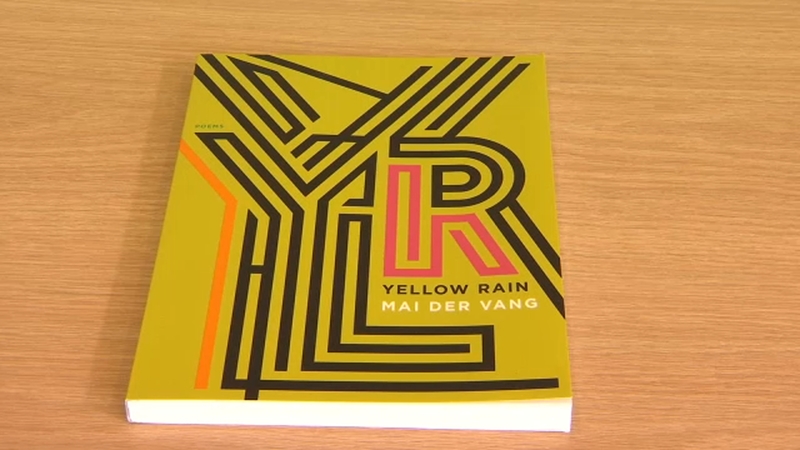 Vang is just the fourth Fresno artist to be named a finalist for the Pulitzer Prize.

"Just a huge surprise, a welcome surprise for me," she said. "I think being the daughter of Hmong refugees, it astounds and continues to inspire me that I can be part of shaping the future and present of literature in this country."

Vang's new book takes a look at the severe illnesses and death that plagued the Hmong population in the aftermath of the US war in Vietnam.

Many Hmong refugees believe a mysterious substance, which became known as "Yellow Rain," was dropped from planes during their escape from Laos beginning in the late 70s and 80s, leading to accusations of chemical warfare.

Those claims were later refuted by an American scientist who argued the yellow rain was nothing more than honeybee feces.

The book challenges those claims through beautifully written words and declassified material.

"It was an absolute insult to the Hmong testimonies where people had talked about all these symptoms and these illnesses that they had gotten from yellow rain and also the fatalities as well," Der Vang said.

The Pulitzer Prize honors excellence in journalism and the arts every year.

This is Vang's second published book -- she's hoping her dedication to poetry and storytelling will inspire the next generation of writers.

"I hope what this does for future Asian-Americans and Hmong-Americans is that it lets them know there is a space for our voices to be heard and that we have to go and make that space for ourselves," she said. "We have to write, we have to publish and we have to not give up on the possibility that something can and will happen."

In addition to her teaching duties, Vang serves as faculty adviser to the Hmong American Ink and Stories students club at Fresno State.