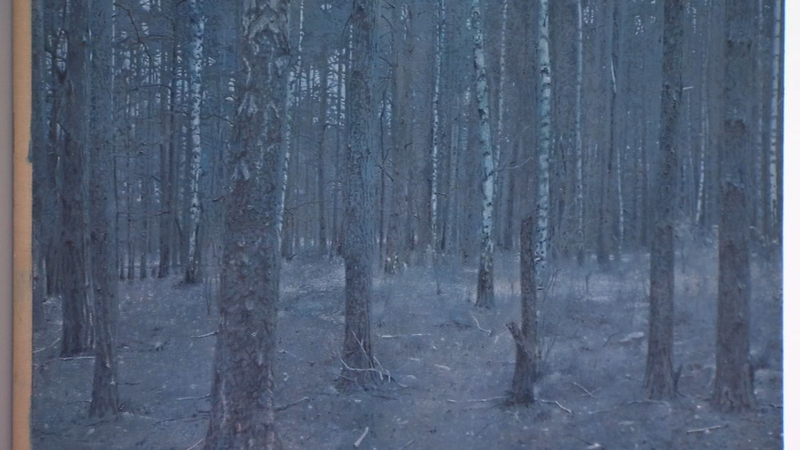 FRESNO, Calif. (KFSN) -- A new exhibit at Fresno State demonstrates a unique link between art and the Holocaust.

The exhibit is the work of Jewish-Mexican artist Yishai Jusidman.

His paintings are titled 'Prussian Blue.'

The color used in the paintings is the same Prussian blue pigment that unintentionally appeared on the walls of the gas chambers as a by-product of the Zyklon gas used for the mass executions.

"These gases produced by an accidental chemical reaction (left) blue stains on the walls of the gas chambers. These stains can still be perceived in some of the walls in the gas chambers still standing in the memorials in Poland," Jusidman said.