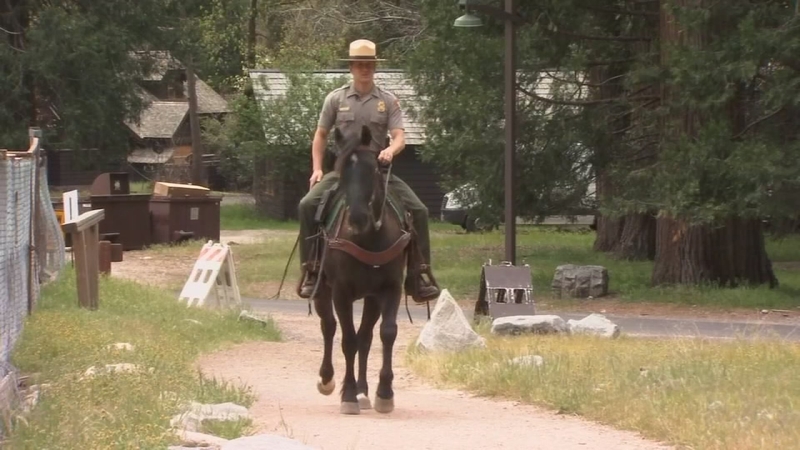 "The ranger service contacted us and was interested in getting some horses for patrol, which is pretty historic cause that's never been done that we know of," Rio Cosumnes Correctional Center Ranch Manager Joseph Misner said.

Misner said this is the first national park to become involved in their program.

The two mustangs trained for about 2 months in the Sacramento Sheriff's Wild Horse training program.

Misner said they get the wild horses from the Bureau of Land Management. He then trains them alongside the inmates before they are hopefully sold to law enforcement officers.

"We put a basic training into them. A foundation where they walk, trot, stop, pick up their feet. That's all done with inmates," Misner said.

The horse's training is continuing now that they have arrived at the park. Park rangers use the horses to regulate traffic and conduct rescue operations, so they have to get them used to the park's busy atmosphere.

"Getting them out, getting them near kids, dogs, bikes. Working traffic with us and basically exploring the different jobs we have in the park," Ranger Justin Fey said.

Misner said there are more than 30,000 wild horses in long-term housing at the Bureau of Land Management. He said they've helped save more than $4 million in taxpayer dollars by training the wild horses and giving them new homes.

"We have to have the awareness that these horses need help, they need to be adopted, and they're highly usable," Misner said.