Mariposa Grove is home to about 500 giant sequoias, and more than a million people travel here to see them each year.
KFSN 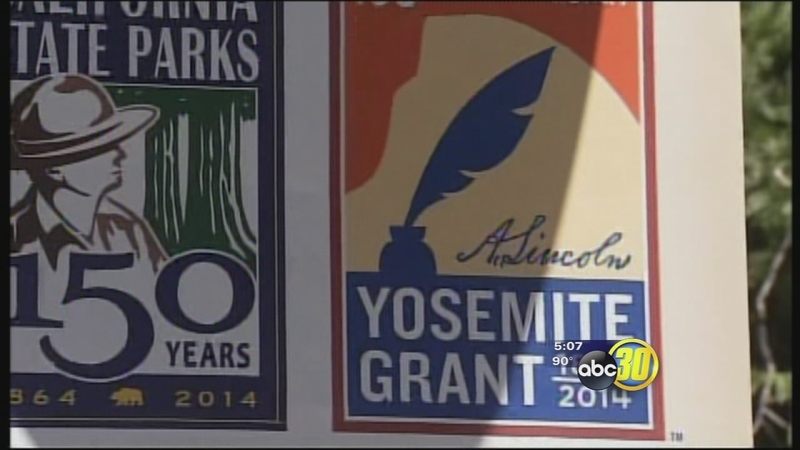 YOSEMITE NATIONAL PARK, Calif. (KFSN) -- A major restoration project is about to take place in Yosemite to protect the park's largest grove of giant sequoias.

Mariposa Grove is home to about 500 giant sequoias, and more than a million people travel here to see them each year. But park officials say all of the traffic and concrete are taking a toll on the rare trees. So they'll soon break ground on a project to bring the area back to its roots.

Giant sequoias are the trees people travel from around the world and across the country to see.

Charlie Alexander said, "I drove from Florida so I think it's worth it for the drive, and it's the most amazing thing you can see."

Yosemite's giant sequoias can grow as tall as a 19 story building and wider than a car. The largest one in the park, grizzly giant, is estimated to be about 2,000 years old.

Alaska resident, Mary Beth Gillespie said, "Oh it is amazing. I never thought that trees could be so big."

Mariposa Grove is home to nearly 90 percent of the park's giant sequoias, but the parking lot and tram roads that were built decades ago are now interfering with the trees' shallow, sprawling roots.

Yosemite spokesperson Scott Gediman said, "Also with the pavement that impedes the giant sequoia cones from growing and the seeds from coming out so it will also help us diversify the trees and get more young trees growing."

That's why the park service is paying $16 million, plus $20 million raised by the Yosemite Conservacy to restore this area to a more natural and serene state. The parking lot will be torn out, the gift shop will move, and trams will no longer run. Instead, a larger parking area will be added to the south entrance, just two miles away, and shuttles will take visitors to pedestrian trails that are handicap accessible.

Gediman added, "That's the balance we try to achieve is the preservation and the access, and we feel this project that does and has had overwhelming support."

The work is set to begin with a ceremonial groundbreaking on June 30th. That's the 150th anniversary of when President Abraham Lincoln signed the Yosemite grant to preserve Mariposa Grove and Yosemite Valley.

The project will be done in phases to keep the area open to the public. It's also set to be complete on an historic date -- August 25, 2016. That's the 100th anniversary of the National Park Service.