KFSN
By Sara Sandrik
FRESNO, Calif. (KFSN) -- Yosemite and the surrounding Gateway communities are facing a complex challenge. How do they welcome back the visitors their local economies rely on while preventing future outbreaks of COVID-19?

The National Park presented a draft plan for beginning that process on May 18, but now tourism leaders in Mariposa and Madera counties are asking for an explicit commitment to lifting restrictions as health concerns are reduced.

The current proposal calls for limiting daily access to 1,700 vehicles for day use and 1900 vehicles for overnight guests. Yosemite says that's about 50% of capacity, but tourism officials believe the day use number should be closer to 2,500.

They're also concerned about a possible requirement for day use reservations to be made at least two days and no more than 30 days in advance.

They say that's not enough time for many travelers to make their plans, and they want guarantees that a reservation system would not be permanent.

McDaniel says, "One of the last things that we want to see is for Yosemite National Park to become like Zion National Park where you have to reserve your entry to get in, and that's going to make it very, very difficult for anyone no matter where they're from to plan and it's going to nearly eliminate day use recreation, and that is the last thing that we want to see."

In a letter to the Park Superintendent, the Yosemite Mariposa County Tourism Bureau, Visit Yosemite-Madera County, and former congressman George Radanovich expressed those concerns and others.

They're now asking for regular weekly meetings to engage businesses and community leaders as the plans for re-opening move forward.

"The hope is that we continue a dialogue with the National Park Service. We want them to understand that we appreciate the amazing amount of planning that's gone into putting this draft plan together, but we want to continue to have a voice in the reevaluation of that plan," says Brooke Smith, the Director of Public Relations for Visit Yosemite-Madera County.

Yosemite has received praise from local elected officials for its collaboration and support since the pandemic began, and the draft plan does call for frequent communication with stakeholders.

Park spokesperson Scott Gediman says the plan is still awaiting approval at the state and federal level so there's no update yet on when Yosemite will begin to reopen.
Report a correction or typo
Related topics:
businessyosemite national parkyosemite national parkbusinessreopening california
Copyright © 2021 KFSN-TV. All Rights Reserved.
REOPENING CALIFORNIA 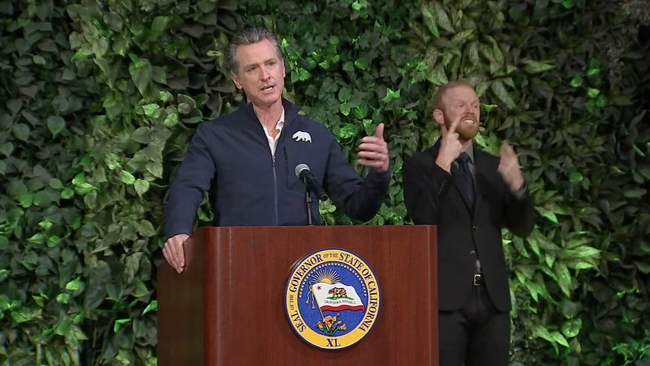