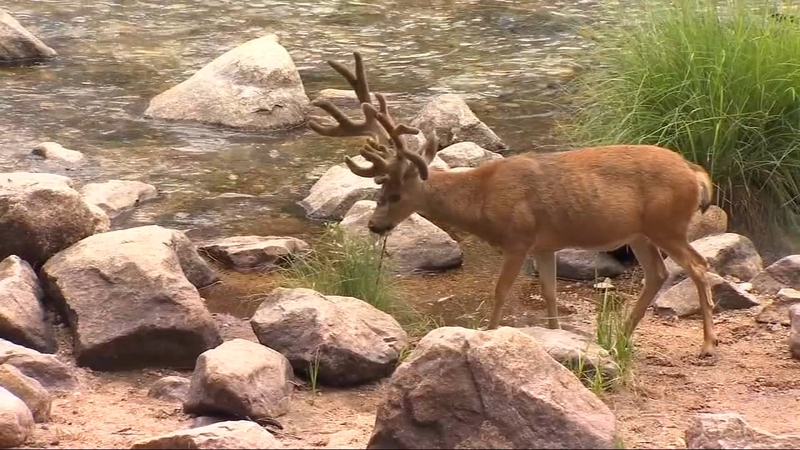 After nearly three weeks of being closed for the Ferguson Fire--the Valley floor is re-open to visitors.

"It's exciting to come into work, take a walk in the valley and see a sense of normalcy and sense the energy in the air," said YNP Ranger Jaime Richards.

While the popular sights are still hidden in the smoke, visitors like Jon Cressnan says he came just in time.

"We booked this three to four months ago and pretty disappointed. It didn't sound like it was going to open, so we're excited we got to see it yesterday and today," said Visitor Jon Cressman.

The entrance to Yosemite via Mariposa County is now open after a roughly month-long closure due to wildfire. Yosemite Valley will open to visitors at 9:00 a.m. today. Thank you to all for your patience! #FergusonFire pic.twitter.com/vexNIbFxd7

The Valley floor and several areas of the park closed in late July because of smoke, and fire impacting the roads into the park.

While the area is reopened, Jaime Richards says some food and lodging services are still unavailable and the Highway 41 entrance into the Valley is still impacted by fire activity.

"The Wawona Road to the Wawona Tunnel remains closed. It will remain closed. I don't have a timeline on when we're going to reopen that," said Richards.

Along with visitors, the Mariposa community also celebrated the opening of both the Valley floor and Highway 140.

The Yosemite Valley is scheduled to reopen to visitors Tuesday morning now that crews are making progress containing the Ferguson Fire.

Since the fire started, the city's businesses have taken a hit during what is usually their busiest season.

County officials say they are applying for some loans in hopes of helping businesses stay afloat.

"We're going to claim economic injury with the closure of the park for over a month it is 10 times worse than it was last year," said Mariposa Economic Development Tara Schiff.

But Mariposa business owners are hoping to see some revenue soon.

Meanwhile, Yosemite rangers say they are just glad visitors can once again enjoy the sights and wildlife from inside the national park.