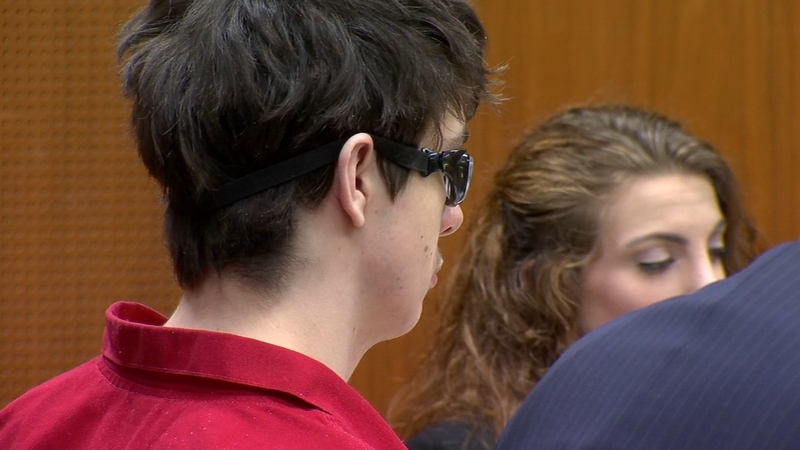 FRESNO, Calif. (KFSN) -- The shooter who gunned down a man during a botched robbery three years ago received the sentence that the prosecutor said was warranted.

"I know that Zach means no ill will to you or your husband or ever did. And I don't know that me saying that will ever make it true for you,' said Goodwin's attorney.

The defense attorney turned around to address the wife and mother who attended every hearing and listened to every detail of a trial that dissected details that were in the words of the judge disturbing and awful.

Three years ago, in the middle of the day, Zachery and some friends met up with a young prostitute and decided to set someone up.

The victim was 59-year-old Michael Der Vartanian of Clovis. He pulled up in a black Mercedes and that was it.

"He had the firearm, he fired the shots that killed Michael Der Vartanian," said Deputy District Attorney Ryan Wells.

Friday the defendant who admitted to being the gunman stood up to make a statement.

"I wanted to tell the family I apologize. I'm sorry for their loss. There's nothing I can do or say to bring comfort to them," said Goodwin.

The defense attorney and defendant's father told the court, as a teenager Zachery didn't fully comprehend the magnitude of his actions.

"He was a child when this took place and I don't think he had the facilities to determine the consequences of what he was doing as an adult would," said Goodwin's father.

Zachery burglarized cars and stole from people to feed his drug habit, and he admitted he used cocaine the day of the murder.

The judge said the decision to hand down 40 years to life in prison came after a lot of thought and prayer. He also considered the pain this has caused the victim's wife and mother on several levels.

The victim's family members asked for the maximum punishment for what they called the execution-style homicide.