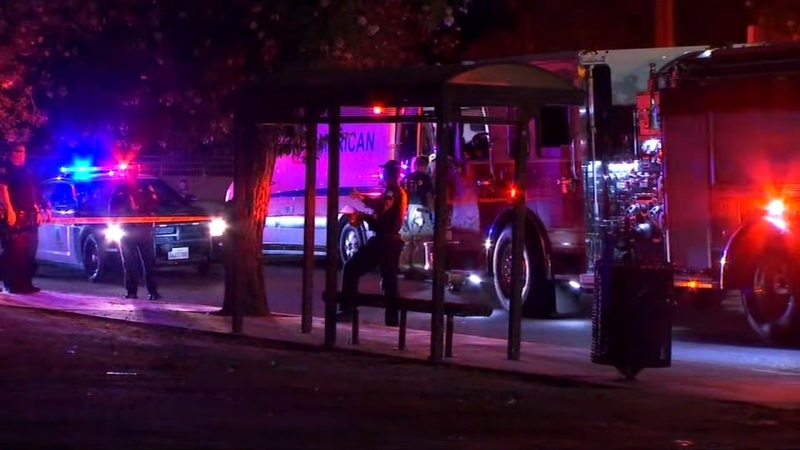 Shootings in Fresno up by 80%, police blame zero-dollar bail policy

That's the cycle Fresno police say they've been facing as suspects are consistently released from jail, just hours after getting caught red-handed.

Officers say the state's 'zero-dollar bail' policy is acting as a get-out-of-jail-free card and is the reason for the staggering and rising crime rates seen in the city of Fresno.

RELATED: 'This is not OK with us': Fresno police respond to 3 shootings in 30 minutes overnight

Fresno police arrested Brian Zamore, a gang member on parole for a home invasion robbery, after they found him with an illegal assault-style rifle on Wednesday.

They say just five hours later, he was released from jail.

Police say that's thanks to the zero dollar policy.

They say Fresno Police is seeing an 80% increase in shootings since early April.

Police say many of the shootings are believed to be a result of both gang violence.

Lt. Steve Card with MAGEC says the increase is a direct impact of the zero dollar bail policy, which the county voted to extend in hopes of reducing the jail population amid the COVID-19 outbreak.

"This is happening over and over because deeply committed gang members are out on the street when they previously would've been in custody," says Card.

RELATED: Violent crimes on the rise in Fresno during shelter-in-place order

Stabbings are also up by more than 90% since April.

Under the policy, 1,174 inmates were released from April 9th to June 19th.

More than 420 inmates were released since June 20th when Fresno County chose to extend the policy.

Fresno Police are doing what they can to control the numbers, but resources are stretched out.

"The field supervisors are trying to use as many resources as they can to attack those neighborhoods where gun violence is occurring,' says Card.