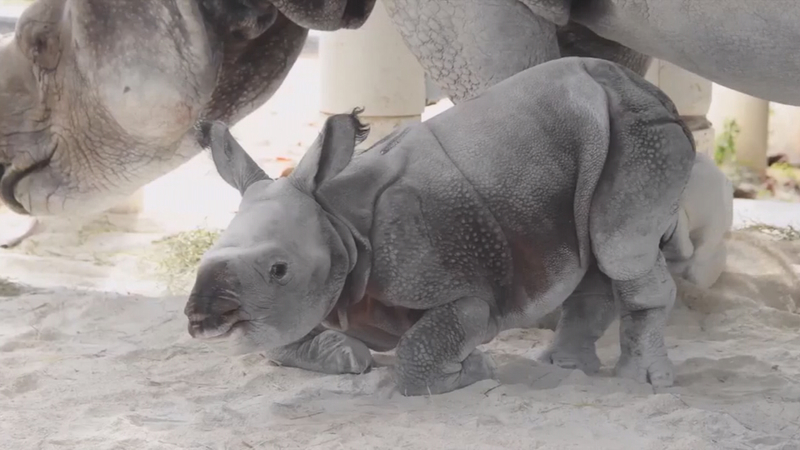 The newborn is the first successful birth of the species as the result of induced ovulation and artificial insemination, zoo officials said.

Yesterday, after an over 15 month pregnancy, “Akuti,” a 7 year old Greater One Horned Indian Rhinoceros, gave birth at approximately 12:30am! This is only the second successful birth of this very rare species in the zoo’s history.

It is the first baby for 7-year-old Akuti, who was born at the San Diego Zoo Safari Park in January of 2012.

Staffers said they plan to separate the infant to tell its gender and do a full exam only after it has a chance to bond with its mother.

"It is critical that the mother and newborn are able to establish a bond which can sometimes be a challenge for first-time mothers," staffers said.

The pair will be kept out of the public eye for a few weeks; however, rhino lovers can check on the baby's progress on Facebook.

There are less than 3,000 Indian rhinos left in the wild.

The newborn is only the second successful birth of the rare species in the zoo's history.

The Museum of Life and Science in Durham welcomed a litter of six endangered red wolf pups on Earth Day.