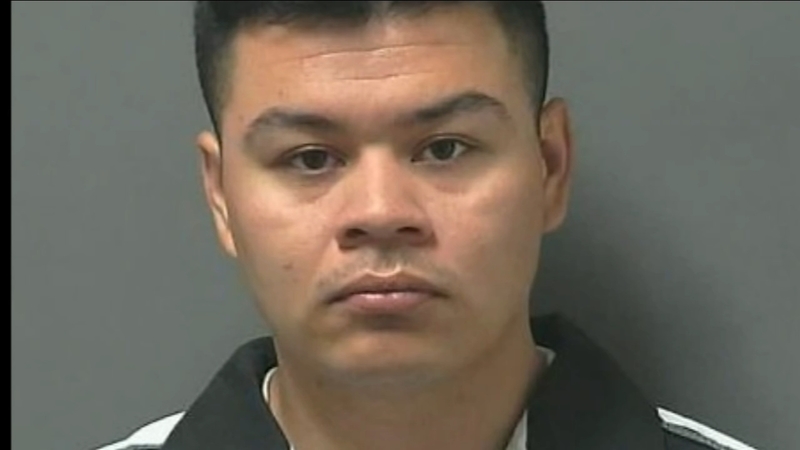 WOODLAKE, Calif. (KFSN) -- Earlier this week, deputies patrolling in the Visalia area checked on a man and woman walking and asked them if they were ok.

While talking with them, the woman said she wanted to file a complaint against a Woodlake Police Officer.

She said the officer sexually assaulted her.

The sheriff's office started an investigation, and soon, investigators met another woman who said she too had been assaulted by the same officer.

The women, according to Tulare County Sheriff Mike Boudreaux, did not know each other.

The assaults happened in the Woodlake area, and in both cases, the officer was on duty.

"They described the officer, they identified him by name and other categories that will be submitted to the district attorney, very similar set of circumstances," said Tulare County Sheriff Mike Boudreaux.

His name is Oscar Robles, 26. He started with Woodlake Police in May of 2014.

Woodlake Police Chief Mike Marquez then said Robles quote "works with the highest level of honesty and dignity and treats all people with respect."

But during Friday's announcement, law enforcement officials emphasized they were all shocked.

And they believe there are more victims out there.

"We want the victims to come forward. We want people to come forward and feel that there is trust in the law enforcement community, that you can report a crime if you need to," said Woodlake Police Chief.

For his protection, Robles is being held at the Kings County Jail.