COVID 365: A year on lockdown and the impact on education in Central CA

From academics to athletics, distance learning changed everything for our students.
KFSN
By Shayla Girardin 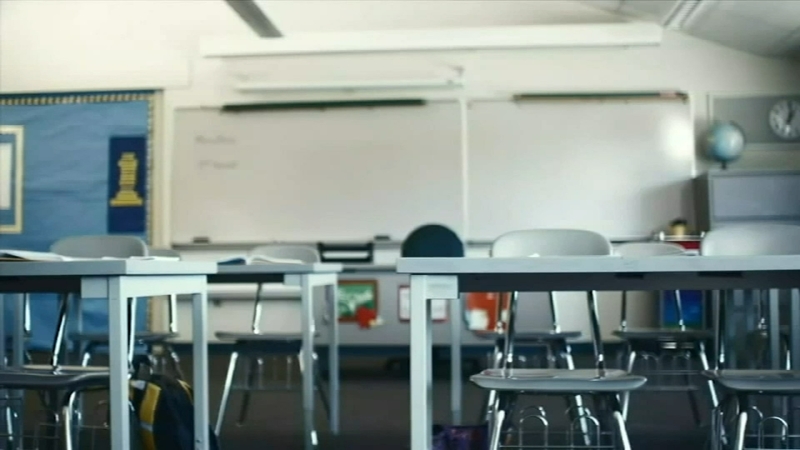 COVID 365: A year in lockdown, impact on education

FRESNO COUNTY, Calif. (KFSN) -- It's been one year since school districts announced temporary remote learning, including in Central California. As of Monday, some have still not reopened in-person.

From academics to athletics, distance learning changed everything for our students.

"Now we're called to do the hard work of meeting the students and facilitating some real movement forward in a way that we haven't seen before," said Kings Canyon Unified teacher Jennifer Moore.

For the past year, students have been learning from laptops, and educators agree, it's taken a toll.

"Will there be a learning gap? Yes, I mean, I think that's going to happen," said Moore.

For many students, a year of online learning means learning loss and social and emotional hits.

"There's definitely going to be a long-term impact," said Fresno Unified school psychologist Ashley Trippel. "We have seen a bit of a need as far as addressing that social isolation, human connection."

Taking the bench from social interaction, recess and sports.

"Not having sports, not having recess, you know the kids tend to have anxiety, stress, depression sets in, sleeping disorders," said Kepler Neighborhood School athletic director Elliott Murray.

Getting back to the basics could take some time.

"They haven't been in a school building in a year. They'll be getting used to the routines and rules and structures again," added Trippel.

But the time apart has had some perks; for some students, it's been an opportunity to grow closer to siblings and parents.

"We watch their family bonds grow tighter because of the things they're doing at home now," said Trippel.

It's also opened a new world of possibility for educators.

"There's apps that we've never used before that we're using to text Spanish-speaking parents, Hmong-speaking parents," said Trippel. "I don't need an interpreter. I can reach out in real-time and have a text conversation."

Distance learning and the pandemic are taking a toll on our students' mental health.

From the parent side, I noticed that the way students engage with their teachers is different," Hart said. "Teachers are utilizing polls, the chatroom, emojis."

The classroom will never be quite the same.

"The days of passing out papers and collecting papers and having everyone touch the same set of papers might be behind us at this point because we've learned a better way to do it," added Hart.

Even our littlest learners will see changes.

"In our younger grades, we'll keep a system that keeps a digital portfolio for kids of their work, so parents are taking pictures, or kids are taking a picture," said Hart.

While the outcomes will differ for each student, the next steps are clear.

"You hear kids say, 'why us? Why did this have to happen at this time?' You don't have an answer, but hopefully, they'll get back to normalcy," said Murray.