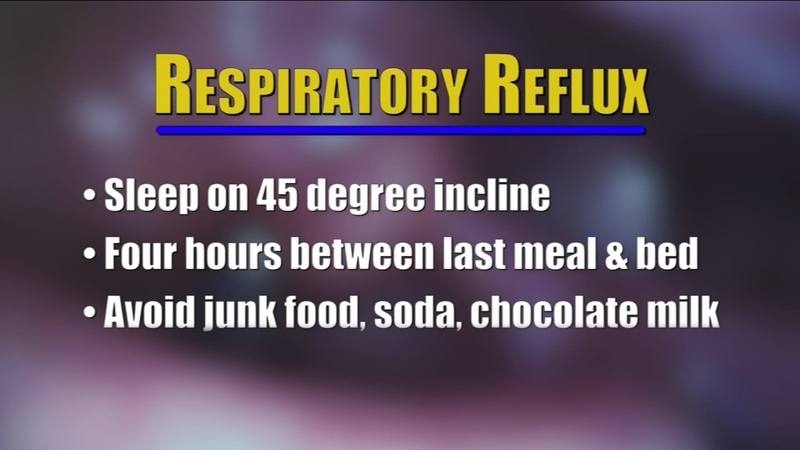 Do you feel congested or struggle with a scratchy, hoarse throat? Your troubles might not be in your lungs. Medical experts are starting to look to the stomach as the culprit.

Susan Howard is a registered nurse and volunteer teacher who gradually started having trouble in front of a large class.

Howard said, "I'd lose my voice and say just bear with me. I do this."

Lisa Smelkinson's symptoms appeared suddenly and they were tough to ignore.

"I remember distinctly having lunch with a friend and coming home and coughing to the point of almost vomiting," Smelkinson said.

Both women were treated for months for what doctors thought were colds, allergies, or asthma until they visited Jamie Koufman, MD, FACS, Director, Voice Institute of NY, Clinical Professor of Otolaryngology at the New York Eye & Ear Infirmary of the Mt. Sinai Medical System.

"The problem with the idea that it's asthma or a cold is that the symptoms don't go away. Even after the asthma is treated they continue to have symptoms," Dr. Koufman stated. (Read Full Interview)

Dr. Koufman says with silent reflux neither the lower valve or upper valve is working right.

She continued, "So what's in the stomach is in the esophagus, is in the throat, and it sits there at night."

Dr. Koufman says if you have trouble breathing in but not out, the problem could be reflux. She says the number one risk factor is eating too much right before bed. Sleep on a 45-degree incline, leave four hours between your last meal and bed and avoid junk food, soda, and chocolate milk.

"No physician ever said to me it's dietary-related," Smelkinson said.

"I tell them you won't need me in a year," Dr. Koufman told Ivanhoe.

For many patients, lifestyle changes help make this the last stop in a long search for better health.

Both Smelkinson and Howard say their symptoms have significantly decreased since they made dietary changes. Dr. Koufman says for some patients, certain medications called H2 antagonists like Pepcid, or Zantac are also safe and effective.