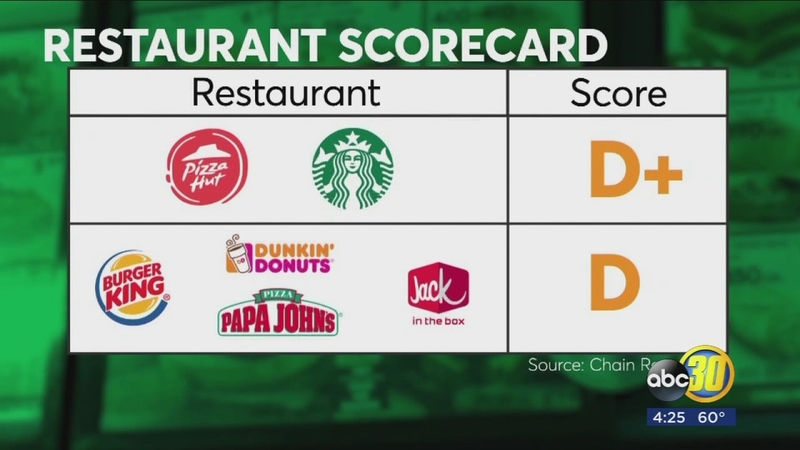 This year a handful of fast food and chain restaurants beefed up their pledge to limit or eliminate antibiotics in the production of the meat and poultry they serve. Consumer Reports reveals which restaurants have taken steps to protect public health, and those that haven't.

More than half of the largest 25 restaurant chains now have antibiotics policies in place. That's nearly triple what it was 3 years ago. Why is that important? Although antibiotics can be helpful for treating sick animals used for food - they are often overused to prevent disease and to help animals grow faster. Overuse is a really big threat to public health. It can lead to antibiotic-resistant bacteria, and that can make infections in humans really difficult to treat.

All of the progress at chain restaurants is due to changes in chicken policies. "No-antibiotic" beef and pork is still very limited. So who passed with flying colors? Panera Bread and Chipotle - came out ahead because nearly ALL of their meat and poultry are raised without antibiotics. Chick-fil- A, Taco Bell, Subway and Wendy's earned B's and C's. KFC improved with a B-minus and McDonald's pulled in a C-plus. But while KFC says it is committed to serving chicken raised without antibiotics those changes won't be implemented for a while. All of the chicken served at McDonald's has been raised without medically important antibiotics, but the company has made no progress on its beef and pork. Some big restaurants slower to make the shift - Burger King, Dunkin Donuts, and Starbucks among others - pulled in D's. And a full eleven including Applebee's, Chili's, Dairy Queen and Olive Garden failed completely for having no policies at all. It's also worth noting that numerous smaller chains are making progress: For example, all of the chicken served at Dickey's BBQ is no-antibiotic, as is all of the beef, pork, and poultry served at Cheesecake Factory.
Report a correction or typo
Related topics:
health & fitnessantibioticsconsumer watchconsumer reportsfast food restaurant
Copyright © 2022 KFSN-TV. All Rights Reserved.
CONSUMER WATCH
Consumer Reports: Tips to help you clean out your refrigerator
Are Californians to blame for rising home prices in other states?
Why feds are warning it could take months to get a passport
General Mills increasing prices in 2022
TOP STORIES
Man suffered severe burns after explosion at Table Mountain Casino
Domestic violence suspect arrested after standoff with Fresno police
Man accused of killing 2 in Fresno County booked in LA County jail
Body of Missy Hernandez recovered from aqueduct near Huron
All 3 suspects arrested in connection to Tulare County murder
Man guilty for killing Kerman couple must wait for new trial decision
Will inflation continue to rise? We talked to a local expert
Show More
Central CA Food Bank facing shortages with supplies, volunteers
Teen killed, another injured in shooting in Orange Cove
At-home COVID-19 test request website goes live 1 day early
1 killed in crash in Madera, Yosemite Ave closed for investigation
Man shot after fight with brother in Madera, suspect in custody
More TOP STORIES News