After first birth watched by millions, April the giraffe might be pregnant again 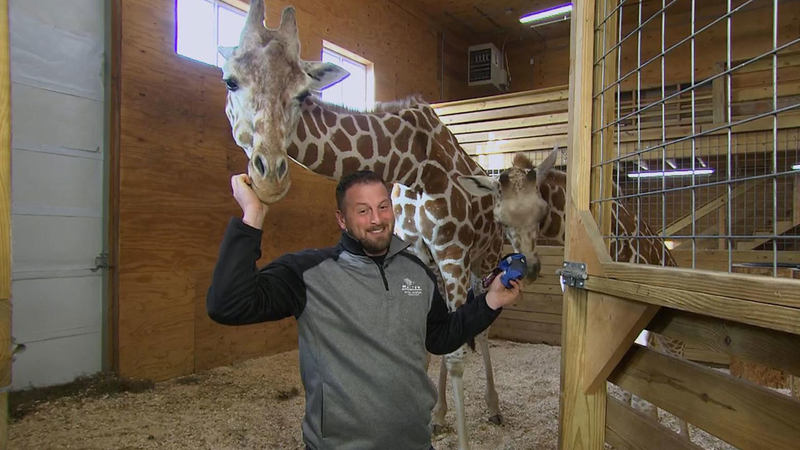 April the giraffe fans, another livestream may be in your future.

The long-necked mom who starred in a livestream watched by millions while she was pregnant might be pregnant again, teased Jordan Patch, the owner of Animal Adventure Park in Harpursville, New York.

Is April the Giraffe pregnant again!? "I cannot confirm nor deny the possibility of another pregnancy!" @AnmlAdvntrPark owner says. 🤔 pic.twitter.com/XCYSdyqYHE

"I cannot confirm nor deny the possibility of another pregnancy," he told ABC News on Thursday.

The last time the viral mama was pregnant, millions watched her livestream from February through April. She became a sensation, inspiring copycat pregnant humans and even April merchandise.

The baby, her fourth child, was named Tajiri, a Swahili word that means hope. Patch said that Tajiri, who is now about 10 feet tall, is very healthy and that April is an excellent mother to him.

"From the hundreds of thousands of visitors we've seen and even just his progress in growth has been remarkably easy and textbook, which has been a blessing," he said.

Did you know that giraffes can run up to 35 mph? Check out these fun facts about giraffes.

As to whether the next April pregnancy would be live-streamed, Patch seemed to tease that it would be a possibility.