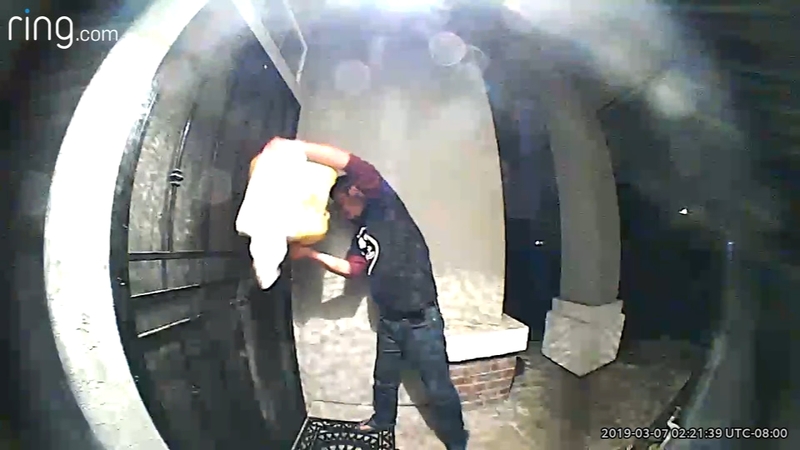 An attempted arson was caught on camera outside of a family's home early on Thursday morning in Stockton.

A family was inside sleeping when their neighbor walked up to their front door and began dumping a large container of diesel fuel onto the front door and entryway of their home.

He tried several times to light it on fire, but it didn't ignite.

After several failed attempts, he walks away.

Deputies say if the fuel had been gasoline -- it is very likely the man would have killed himself - and the family inside.