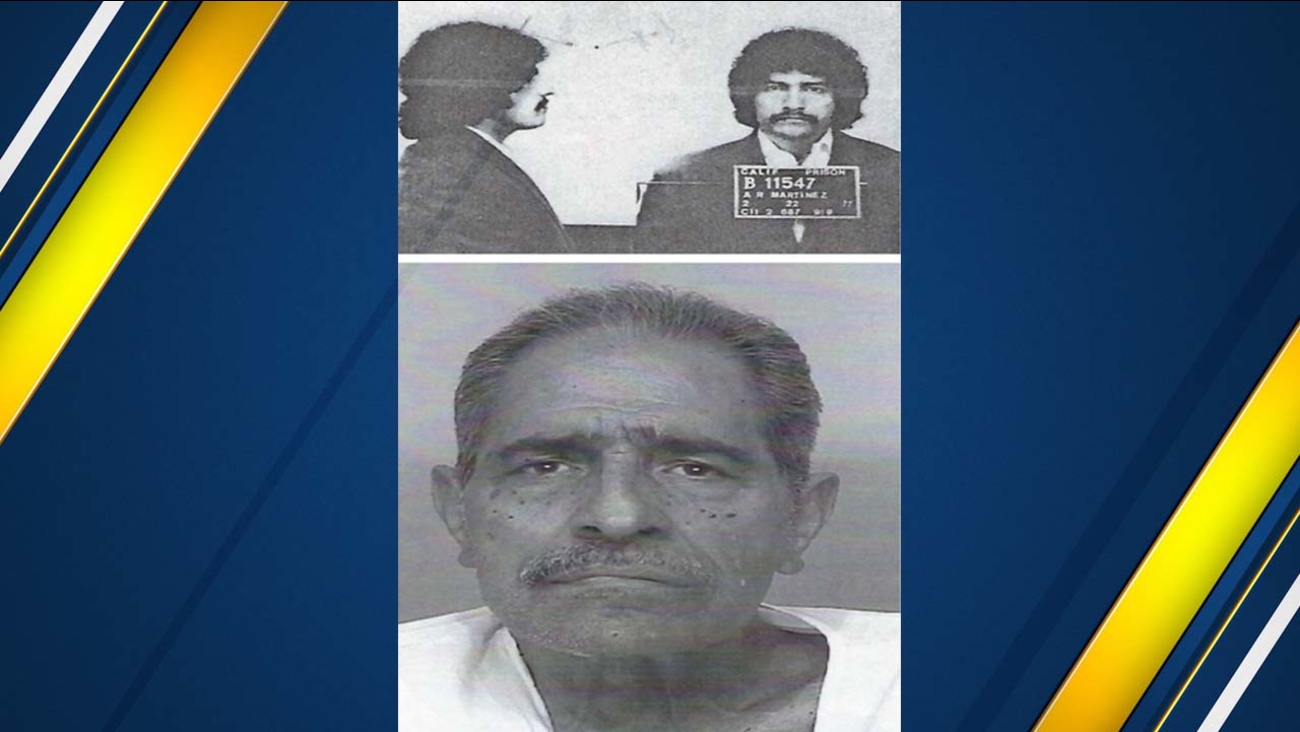 DNA taken from an old razor belonging to Arthur Rudy Martinez recently matched DNA left by the suspect in two unsolved killings in Atascadero in the late 1970s.

SAN LUIS OBISPO, Calif. -- DNA evidence has linked the cold-case rape and murder of two women in California's Central Coast to a man who died of cancer in a Washington prison nearly four decades after the killings, authorities said Wednesday.

The body of 30-year-old Jane Morton Antunez was found in the back seat of her car on a dirt road on Nov. 18, 1977. She had been sexually assaulted, and her throat had been cut. Less than two months later, 28-year-old Patricia Dwyer was found sexually assaulted and stabbed to death in her home on Jan. 11, 1978.

Martinez moved to Washington from Atascadero shortly after Dwyer was killed. He later was sentenced to life in prison after being convicted of numerous rapes and robberies in Washington, but Martinez escaped from prison in 1994, Parkinson said.

Martinez returned to California and lived in Fresno under an alias for more than 20 years. He turned himself in on his Washington convictions after getting diagnosed with terminal cancer in 2014 so he could get medical treatment in prison, Parkinson said.

He died just about two months later at the age of 65 in the prison in Spokane.

At the time of the murders, Martinez was working as a welder in Atascadero and was on parole for convictions of attempted murder and rape. At one point, he had been considered as a potential suspect in the killings, but there was no evidence at the time linking him to either crime scene, Parkinson said.